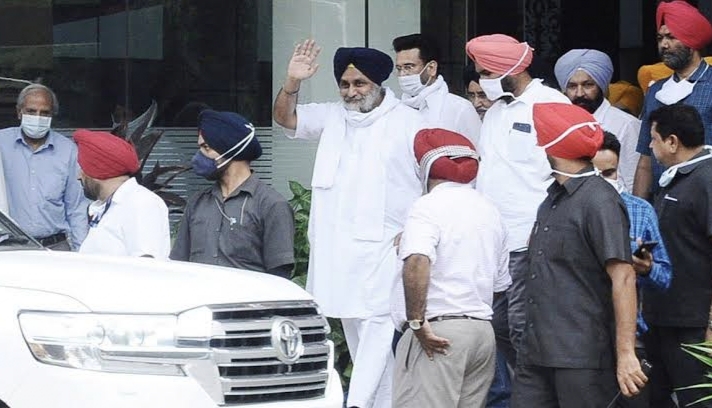 “I told the SIT that in the last 7 years, there is no attempt to nab the real culprits. Only we are being targeted. I told the SIT that whenever, whatever information is required, I am ready to give it,” Sukhbir Badal told after the questioning.

He said, “Aam Aadmi Party did not do any work in 5 months. Now I have been summoned just to divert attention.”

The Special Investigation Team (SIT) headed by Punjab Police IG Naunihal Singh questioned Sukhbir Badal, who was the Deputy CM of Punjab when the firing took place in Behbal Kalan. He was also handling the home department. 2 people were killed in this firing. The SIT wants to know who ordered firing on Sikhs protesting against the sacrilege. 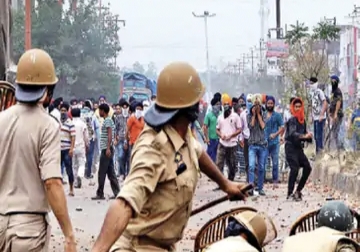 On June 1, 2015, the holy forms of Sri Guru Granth Sahib were stolen from Gurdwara Sahib at Village Burj Jawahar Singh Wala, about five km from Bargari in Punjab. Sikhs were protesting at Kotkapura Chowk and Village Behbal Kalan on Kotkapura-Bathinda Road.

On October 14, 2015, the Punjab Police opened fire on a crowd of protesters. Two people were killed. The deceased were identified as Gurjit Singh, a resident of Saranwa village, and Krishan Bhagwan Singh, a resident of Behbal Khurd. In this case, there is also a continuous dharna of Insaaf Morcha in Behbal Kalan for justice.

Will appear before the second SIT on September 14

Sukhbir Badal has also been summoned in the Kotkapura firing case. He will appear before the SIT led by ADGP LK Yadav on September 14. Sukhbir was summoned by this SIT on August 30. However, he said that he did not get the summons and went to Zira on a court appearance in the case of blocking the highway. After which the SIT has called him on September 14.