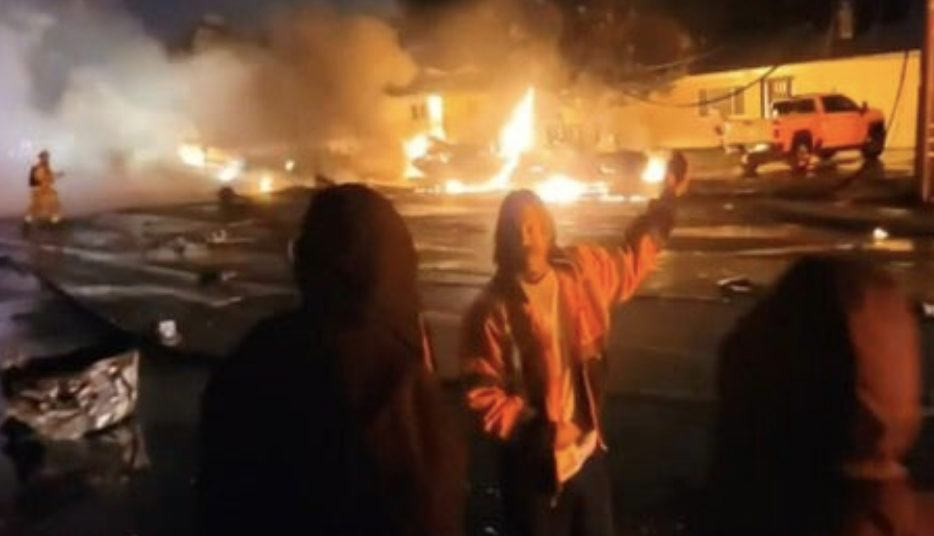 No survivors were found after a small business jet with four people aboard crashed and burned near San Diego, knocking out power to hundreds of homes.

The Learjet 35-A went down just after 7 p-m Monday in an unincorporated area of El Cajon, east of Gillespie Field, where it was scheduled to land, the San Diego County Sheriff’s Department said in a statement.

A Federal Aviation Administration says four people were aboard the jet when it departed John Wayne Airport in Santa Ana, California, and headed to Gillespie