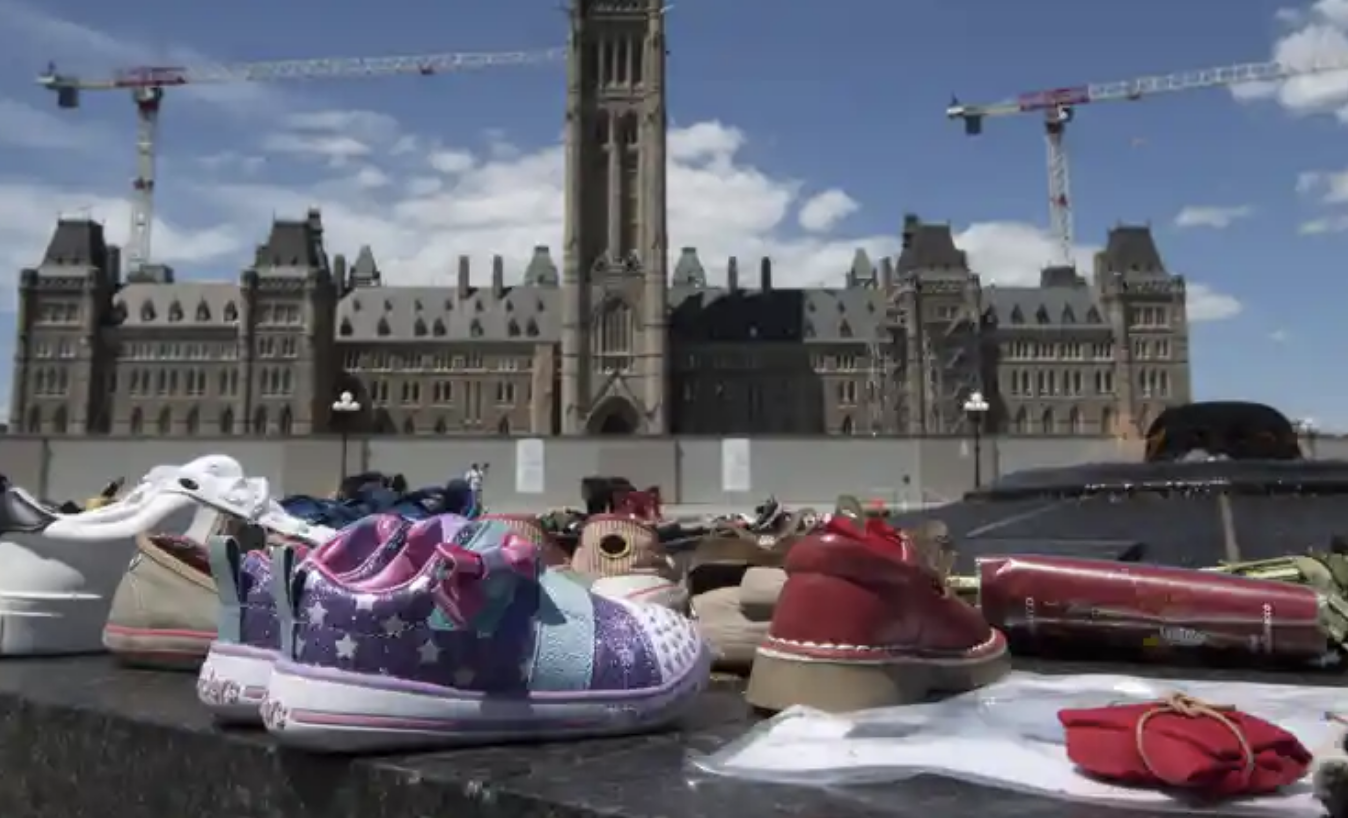 Tragic, but not surprising.

Chief Cadmus Delorme says there may have been markers on some at one point. It’s not clear that they are all childrens’ graves. The unmarked graves at the former Marieval Indian Residential School are the most substantial to date found in Canada.

The Cowessess First Nation says ground-penetrating radar recently discovered the graves at the former Marieval Indian Residential School. The school, about 160 kilometres east of Regina, was built in 1899 by Roman Catholic missionaries.

Chief Cadmus Delorme says the community always knew the graves were there. He showed a photo of a grassy field with coloured markers sticking out of the ground, saying not all of the graves are those of children, and some of them once had markers. Delorme says stories have been passed down that adults were buried there as well.

Premier Scott Moe says he has spoken with Cowessess Chief Cadmus Delorme and Chief Bobby Cameron of the Federation of Sovereign Indigenous Nations to offer the province’s full support.