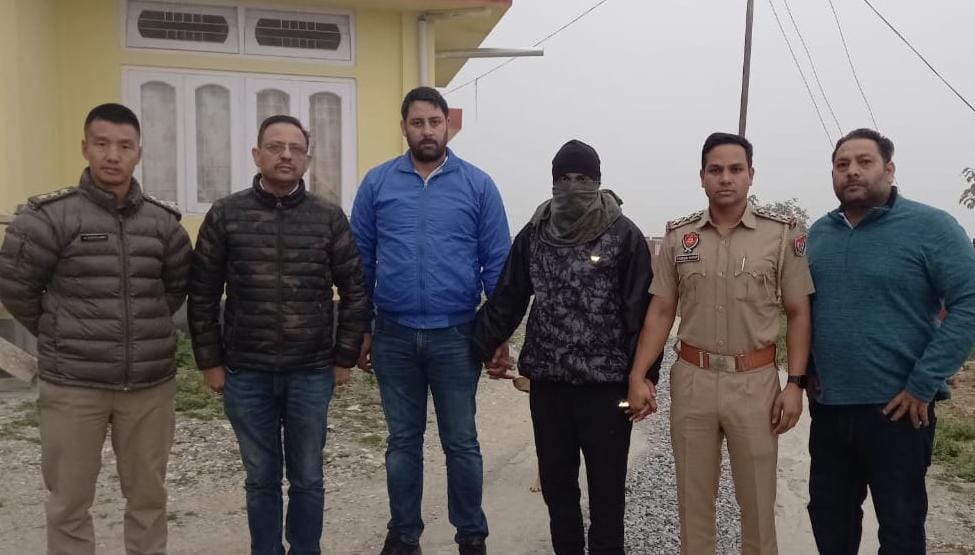 The arrested accused has been identified as Sanjeev Singh, who is suspected of blackmailing the accused girl student.

The development came days after Punjab Chief Minister Bhagwant Mann ordered a high-level probe into the matter for which a three-member all-woman Special Investigation Team (SIT) under the overall supervision of ADGP Community Affairs Division and Women Affairs Gurpreet Kaur Deo was constituted.

DGP Gaurav Yadav apprised that based on forensic and digital evidence, the Police team from SAS Nagar was dispatched to Arunachal Pradesh to arrest the accused.

The SAS Nagar Police has already arrested three people including the girl student and two others from Himachal Pradesh and some electronic devices were seized from their possession.

Pertinently, the SIT headed by SP Counter Intelligence Ludhiana Rupinder Kaur Bhatti along with two members including DSP Kharar-1 Rupinder Kaur and DSP AGTF Deepika Singh has been conducting speedy investigations in the case. “The guilty in this case will not be spared and justice will prevail,” said DGP Punjab.