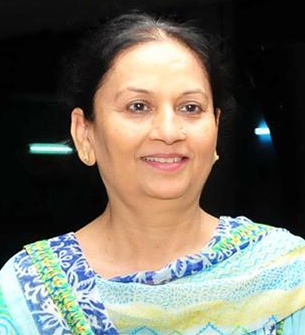 Punjab Social Security, Women and Child Development Minister Mrs. Aruna Chaudhary today urged the panchayats of the state to come forward to execute their moral responsibility of protecting people from the menace of crop residue burning by sensitizing the farmers as this trend will further exacerbate the COVID-19 situations.

It is a proven fact of the experts of Punjab Agriculture University, Ludhiana that by not burning paddy residue and in-situ management of residue will increase land fertility, the Cabinet Minister apprised that farmers would get 9 percent increase in yield means 2 quintal more produce per acre. She said that in-situ residue management machines are available between Rs.1400 to 1700 per acre for farmers, thus they should avail the benefit in the larger public interest.

“Implementing the directions of Supreme Court in true spirit to stop the menace, the Punjab Government has made elaborate arrangements for the storage of paddy straw in the rural areas, besides appointing Nodal Officers at village level, who are efficaciously performing their duty to completely eradicate the trend and immediately report the stubble burning incidents”, she said, adding that district administrations have been directed to make fool-proof arrangement for storage of paddy straw at the village level on common land, cattle ponds, gaushalas and sufficient space should be made available for the storage of Basmati straw during ongoing kharif harvesting season which can be used as cattle feed later by any one, besides ensuring effective dissemination of IEC (Information Education and Communication) activities being carried out in their districts so that no farmer should be left behind from sensitization programme.

Mrs. Chaudhary said that panchayats should ensure that harvesting of paddy would be done only by the Super SMS fitted combine harvesters and they would inform the police and administration immediately in case of any violation as it will cause huge damage to human health, especially the children and old-age people and the environment in these trying times of Coronavirus.