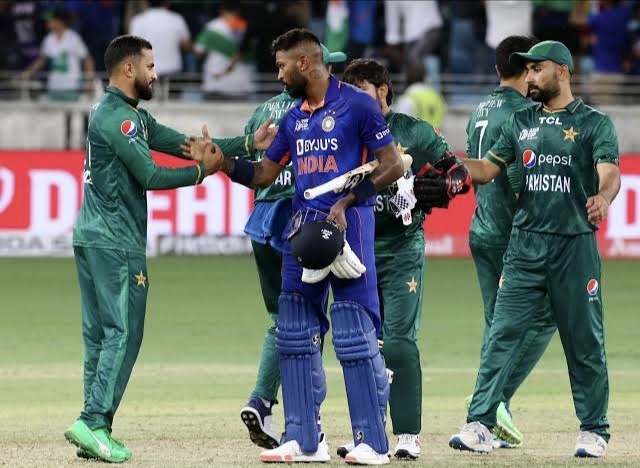 Dubai: In a thrilling encounter against Pakistan on Sunday, India defeated the arch-rivals by five wickets. The hero of the match was Hardik Pandya, who performed brilliantly in both bowl and bat.

Team India had to score 7 runs in the last over to win. But on the fourth ball of Pakistan bowler Nawaz, Hardik started hit a six and led to first victory in the tournament by beating Pakistan by 5 wickets,. Earlier, India had a poor start when vice-captain KL Rahul (0) was dismissed on the second ball.

From here, Rohit and Virat added 50 runs for the second wicket, but when both of them were set, Mohammad Nawaz dismissed both of them at regular intervals and brought India to the back foot. 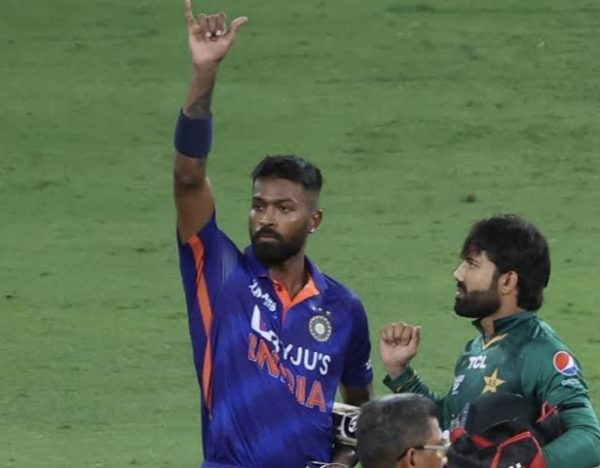 The required run average kept increasing but Hardik’s top-class effort gave India a win in 19.4 overs with 5 wickets and 2 balls to spare.