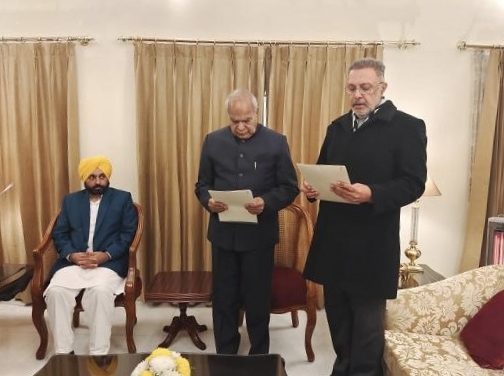 Chandigarh: Dr Balbir Singh, MLA from Patiala Rural, has been made the new Health Minister. He took oath as a minister at the Raj Bhavan in Chandigarh.

Earlier on Saturday morning, minister Fauja Singh Sarari resigned from the post of minister. Sarari has submitted his resignation to Chief Minister Bhagwant Mann citing personal reasons for his resignation.

Along with this, there has also been a change in the portfolios of the ministers. The health department from Chetan Singh Jaudamajra and the jail department from Harjot Bains have been withdrawn. 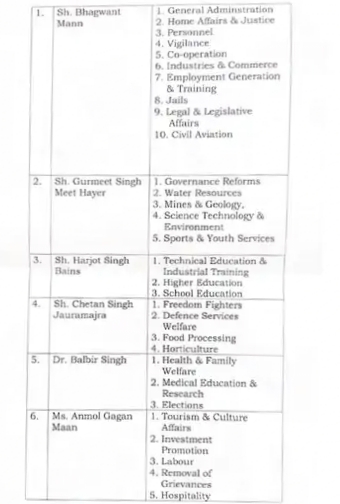 With the swearing-in of the new minister, the Aam Aadmi Party government in Punjab has also reshuffled the portfolios. Chetan Singh was near Jaudamajra, who came into the limelight by laying vice chancellor Dr Raj Bahadur on a dirty mattress at Baba Farid University. The department was withdrawn from him within about six months.

Apart from this, the jail department has been withdrawn from Harjot Bains. This department has now been held by CM Bhagwant Mann. There was a constant dispute in the jail about the recovery of drugs and the seizure of mobiles.