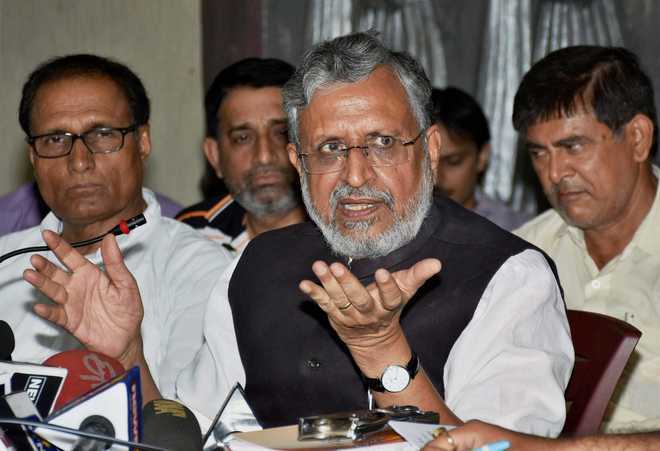 Bihar Deputy Chief Minister Sushil Kumar Modi on Thursday said that he has tested positive for COVID-19 and was undergoing treatment, while also asserting that his parameters were fine, and he was looking forward to hitting the campaign trail soon in the poll-bound state.

Modi, one of the tallest leaders of the BJP in Bihar, had been missing from action for quite some time and was conspicuous by his absence when Union Finance Minister Nirmala Sitharaman released the party’s manifesto earlier in the day.

“Tested positive for corona. All parameters normal. Started with mild temperature (but) no temperature for last two days. Admitted to AIIMS, Patna for better monitoring. CT scan of lungs normal. Will be back soon for campaigning,” the deputy CM wrote on Twitter.

The tweet comes a day before Prime Minister Narendra Modi enters the scene in the poll-bound state with back-to-back rallies in Sasaram, Gaya and Bhagalpur districts.

The deputy CM was expected to be present at the rallies, along with JD(U) boss and Chief Minister Nitish Kumar, who has been declared as the NDA’s face for the polls.