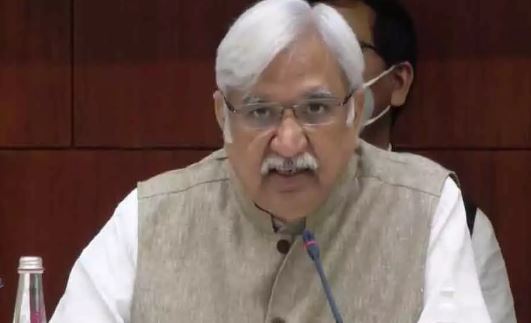 Claiming it to be the largest polls in the world amid COVID-19 pandemic in terms of size of the electorate, the Election Commission (EC) on Friday announced the three-phase schedule beginning October 28 for Bihar assembly elections for which the counting will take place on November 10.

Briefing the media about the details of dates and preparations for the polls, Chief Election Commissioner Sunil Arora, who was flanked by the two Election Commissioners Sushil Chandra and Rajiv Kumar, said the polling for 71 seats in 16 districts in the first phase would take place on October 28.

Notifications for all the three phases will be announced on October 1, October 9 and October 13, respectively, as the candidates would accordingly file their nominations to contest the polls, the CEC said, adding that the Model Code of Conduct (MCC) had come into effect from now.

Elaborating on the poll panel’s preparations to meet the challenges posed by COVID-19 pandemic, Arora asked the officials to ensure that social-distancing norms were followed properly.

“The time for voting has been increased by one hour and voters can cast their votes from 7 am to 6 pm instead of 5 pm on the voting day. But this extra one hour would not be available in the Left Wing Extremism (LWE) affect areas and voting there will end by 5 pm,” he added.

The EC had substantially increased the number of polling stations this time around to 1,00,000, which were a little over 65,000 during 2015 elections, Arora said, adding that the increase entails huge deployment of physical and human resources for which the poll panel has worked out a detailed plan.

The CEC said the poll panel had already issued guidelines for a safe door-to-door campaign and public meetings and all political parties had already been communicated accordingly and independent candidates will be formally apprised about them at the time of filing nominations.

“Adherence to all COVID-19 protocol will be mandatory for all including political parties, candidates, voters and officials, who will conduct the polls,” he said.