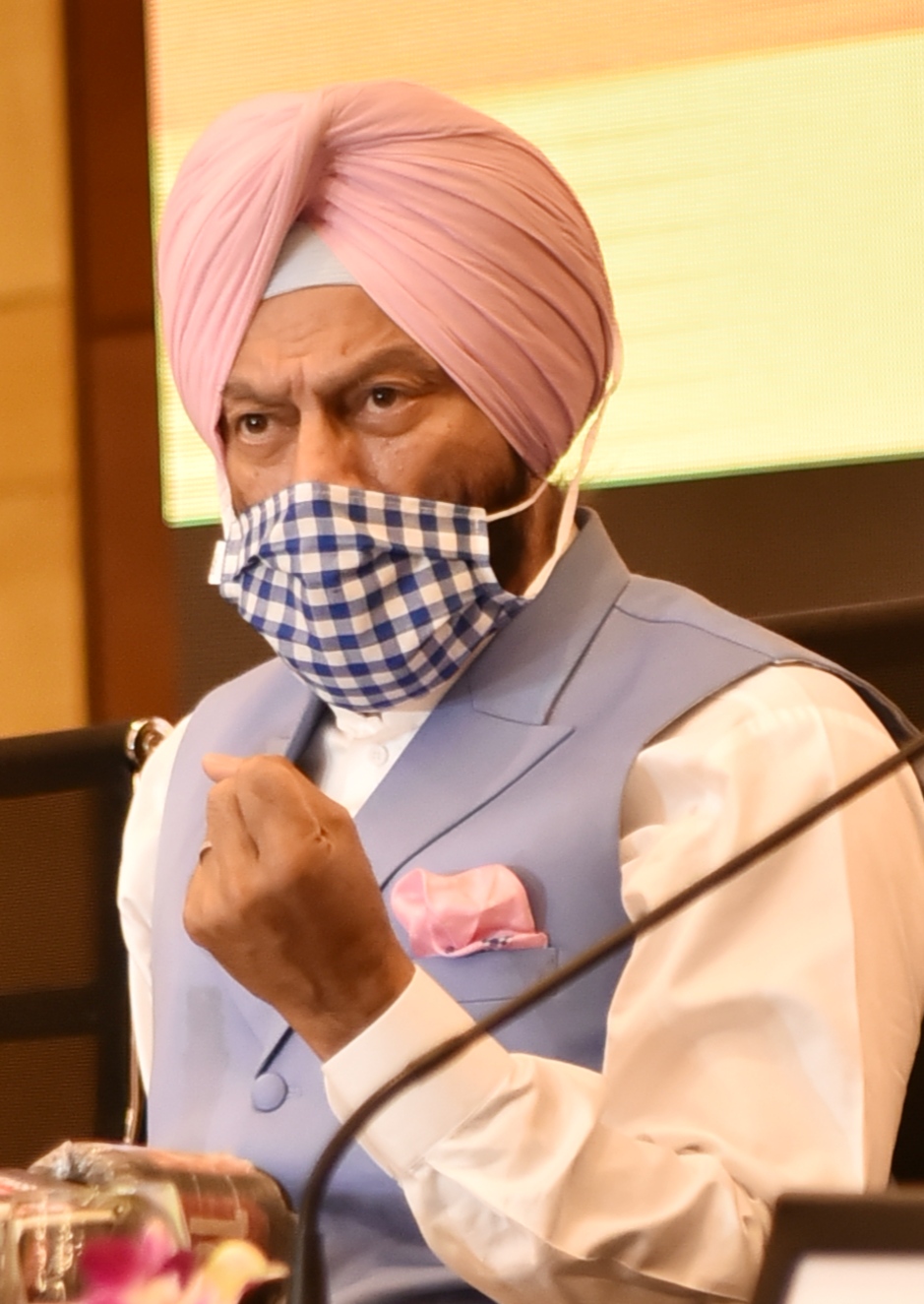 The dream of preserving rich sporting heritage and dominance of Punjab in sports by establishing a sports educational institute of international eminence, has come to fruition as the ultra-tech campus of the first sports university of the state Maharaja Bhupinder Singh Punjab Sports University, Patiala would come into existence on 92.7 acres of land with the cost of around Rs.500 crore.

The Punjab Sports, Youth Services and NRI Affairs Minister Rana Gurmit Singh Sodhi, addressing a press conference here said, the own campus of the Maharaja Bhupinder Singh Punjab Sports University, the brainchild of Chief Minister Captain Amarinder Singh, will be coming up on the Patiala-Bhadson road at village Sidhuwal and adjacent to the Rajiv Gandhi National Law University, where 92.7 acres of land has been acquired to establish the campus equipped with the ultra-modern sports facilities.

The Minister also released a booklet with complete details about the university on the occasion.

“The Chief Minister Captain Amarinder Singh will lay the foundation stone of MBS Punjab Sports University on October 25”, informed the minister adding that the architectural plan of the university has been prepared by the Chief Architect, PWD Punjab.

The Minister also divulged that a modern campus with world class training and academic infrastructure to promote sports education in sports sciences, sport technology, sports management and sports coaching of international standards, will be established with an estimated cost of Rs.500 Crore by Public Works Department (B&R).

The Sports Minister further added that currently, the University is functioning from the Annexe of the Mahindra Kothi, Patiala and the Gursewak College of Physical Education, Patiala and recently completed its first year.

The idea of the MBS Punjab Sports University, said Rana Sodhi, was conceived and visualized by Chief Minister Captain Amarinder Singh, who himself is an exceptional marksman, sports enthusiast and a Polo player. He felt that it was imperative for Punjab to have a specialized sports University if the state was to maintain its rich sporting heritage and dominance.

‘SPORTS SCIENCE, TECHNOLOGY AND MANAGEMENT TO BE TAUGHT’

The Sports Minister Rana Sodhi categorically said that it would be the first time in Punjab, when sports would be treated as something way beyond the boundaries of physical activities on the field. Other aspects such as sports science, sports technology and sports management would be taught thus bringing about a drastic transformation in the changes in psyche of our sportspersons.

FOUR SPORTS AND YOGA COURSES FROM THE ENSUING SESSION

The MBS Punjab Sports University, which received official recognition from the UGC on 9th September 2019 and became functional on 16 September 2019, conducting two courses namely B.P.E.S. and PG Diploma in Yoga, while four courses; B.P.E.S. (1st and 2nd Year), M.sc. Yoga and Post-Graduation Diploma in Yoga will be started with effect from the ensuing session, said the Minister, adding that futuristic courses in line with the demands of the sports industry and scientific coaching are being planned.

Significantly, the university was notified by an Act of The Legislature of the state of Punjab on 24 Aug 2019 and Prof. Gursewak College of Physical Education, Patiala was nominated as the constituent college. Prominent sportsmen Lieutenant General (Dr.) Jagbir Singh Cheema was appointed as the founder Vice Chancellor.

MBSPSU WILL PROVE TO BE A GAME CHANGER: ABHINAV BINDRA

Speaking on the occasion, Olympic Champion Shooter Abhinav Bindra said that setting up of the specialized sports university in Punjab will prove to be a game changer and would act not only as an institution providing State of the art training in sports but would be an inspiration for the youngsters of the State as well as the country. He also thanked the Sports Minister for playing a pivotal role for the establishment of the prestigious university.