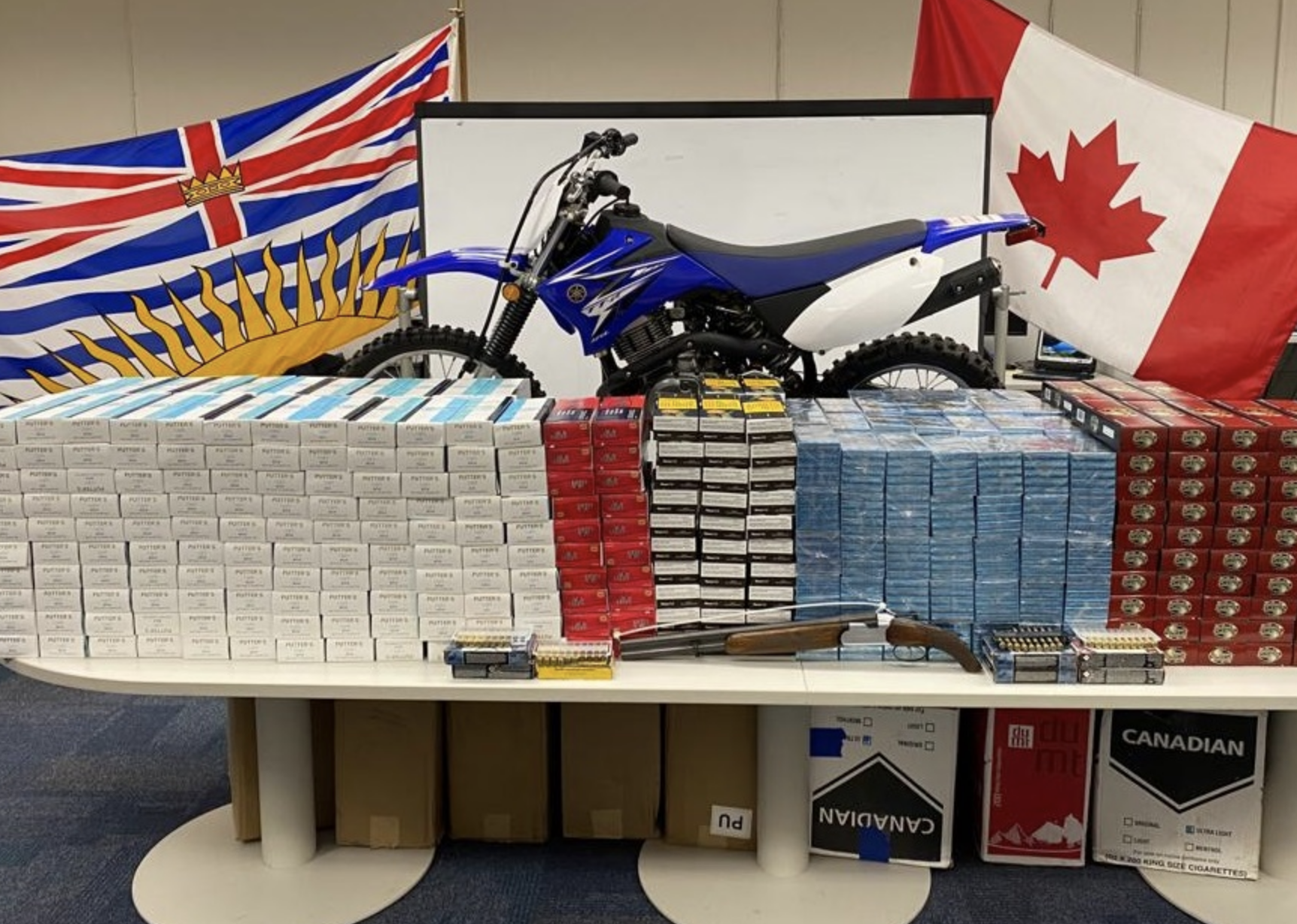 After linking three industrial business break and enters, Burnaby RCMP’s Prolific Offender Suppression Team (POST) has seized approximately $100,000 worth of contraband cigarettes, as well as a motorcycle, a sawed off shotgun and ammunition.

Between December 25, 2021 and January 3, 2022, three businesses in industrial areas of Burnaby were broken into. Burnaby’s POST took conduct of the investigation and, with the assistance of local policing partners, were able to link the three break-ins and identify two suspects.

On March 10, 2022, along with the Lower Mainland Integrated Emergency Response Team, POST executed a search warrant at a Surrey residence. 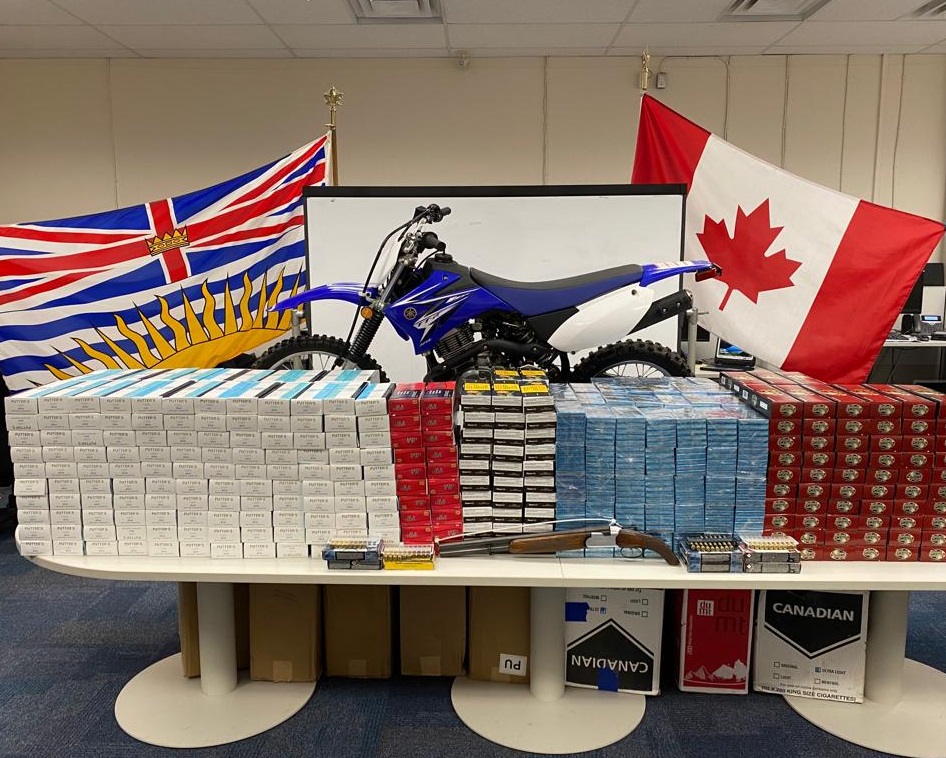 Three men in the residence were detained, but have been released with no charge. The two suspects, both residents of Surrey, are currently in custody on unrelated matters. The investigation is ongoing.

We believe the cigarettes were destined for the black market, but it is also very troubling anytime an investigation like this also leads to the discovery of a firearm, said Cpl. Matt Emond with POST. These types of files can illustrate how prolific criminals in our community may offend across the entire Lower Mainland.