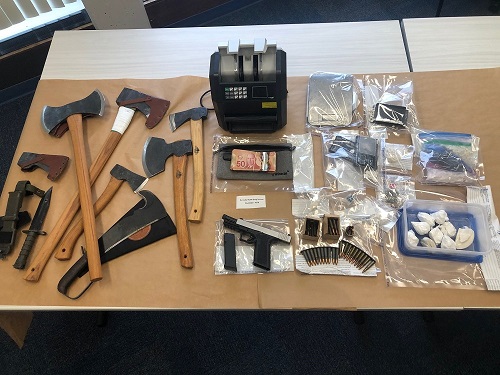 After a months-long investigation into a drug organization associated to Lower Mainland gangs, Burnaby RCMP’s Drug Section has made a significant seizure of drugs, weapons and cash.

With the assistance of Strike Force and the Community Response Team, Burnaby RCMP’s Drug Section executed a residential search warrant, which led to the arrest of a Coquitlam resident and numerous seizures. 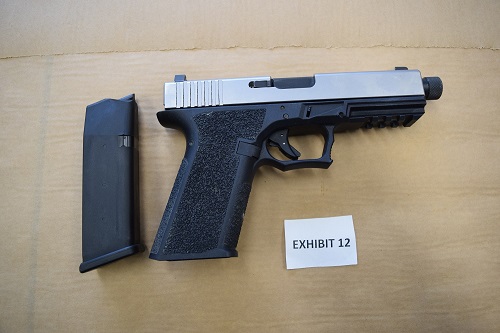 Some of the items seized were multiple ounces of suspected cocaine and fentanyl likely bound for street-level trafficking, as well as approximately $15,000 in cash, a high-end vehicle, several weapons, and ammunition for an SKS assault rifle.

This enforcement action serves to cut off the lethal supply of street drugs to users and will also significantly disrupt this organization. says Inspector Matt Toews, Investigative Services Officer with the Burnaby RCMP. These weapons are often used by gangs for violent incidents and murders such as the ones most recently plaguing the Lower Mainland.

Drugs and weapons charges against two people associated to the drug organization will be forwarded.