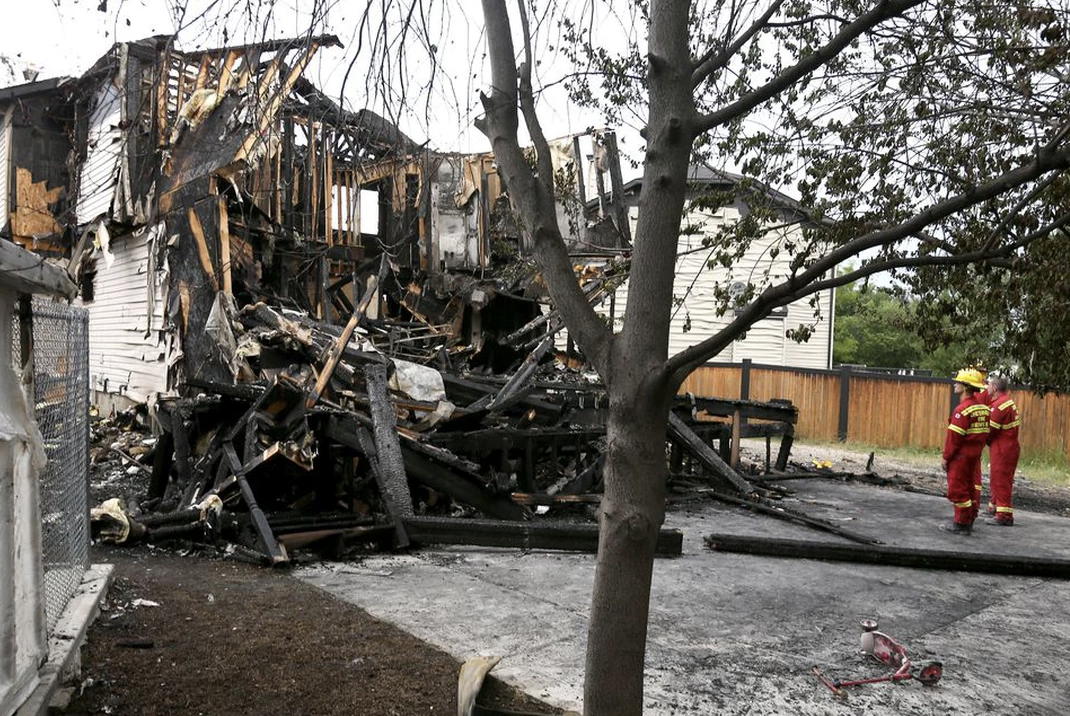 Calgary: Seven people including four children, have died in a house fire

CHESTERMERE, ALBERTA – Seven people, including four children, have died in a house fire in a community just east of Calgary.

The RCMP say two families were in the home in Chestermere when the fire happened early today.

Five people _ one man and four children _ managed to escape. The children were taken to hospital as a precaution.

RCMP Cpl. Tammy Keibel says the seven who died were two women and a man, a boy and a girl aged 12, an eight-year-old girl and a four-year-old boy.

Keibel says the cause of the fire is under investigation but initial findings don’t suggest it was deliberately set.