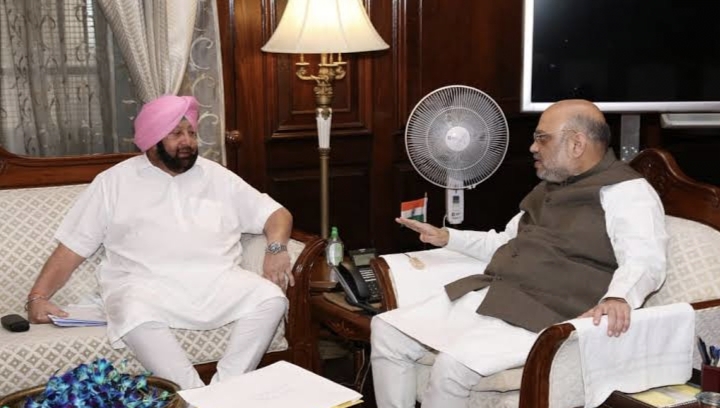 The BJP is gearing up to restructure the party in Punjab as the term of current BJP state president Ashwani Sharma is about to end. In such a situation, after the merger of Punjab Lok Congress with BJP, the party leadership can hand over important responsibilities in Punjab to Captain and his close friends.

Ashwani Sharma, who became the president of the Punjab BJP unit in January-2020, has ended his three-year term in January-2023. However, after Captain joins the party and merges the PLC, the BJP high command can announce a new state executive before that.

The BJP currently has two MLAs in the 117-member Punjab Assembly.

The talk of Captain Amarinder Singh’s merger of PLC with the BJP gained momentum when captain held a meeting with Union Home Minister Amit Shah in Delhi for about an hour and a half a month ago.

However, after the meeting, Captain came out and dismissed the question of merger of Punjab Lok Congress (PLC) with BJP, calling it mere speculation. On August 30, Amarinder Singh met Prime Minister Narendra Modi.

After the meeting with the PM, Captain had written on Twitter that after meeting Prime Minister Narendra Modi, he resolved to work jointly for the security of the state and the country by discussing various issues of Punjab, which has always been and will always be paramount for both of us.

The BJP had an alliance with the Shiromani Akali Dal (SAD) in Punjab for 24 years, but on September 26, 2020, the Shiromani Akali Dal broke the alliance on the issue of 3 farming laws enacted by the Modi government. At that time, even Punjab BJP leaders were not in favour of continuing this alliance as their role with the Akalis was always that of ‘younger brother’. The Akali Dal used to give only 23 seats to the BJP out of 117 in the Punjab Assembly.

After the break-up with the Akali Dal, the BJP contested the Punjab Assembly elections in alliance with Captain and Akali Dal breakaway Sukhdev Dhindsa’s party SAD (United). The BJP fielded candidates in 65 seats, Dhindsa’s party in 15 and Captain’s PLC in 37 seats.

In the AAP storm, the BJP could win only 2 seats and also lost many of its traditional seats. None of the candidates from Captain and Dhindsa could win.