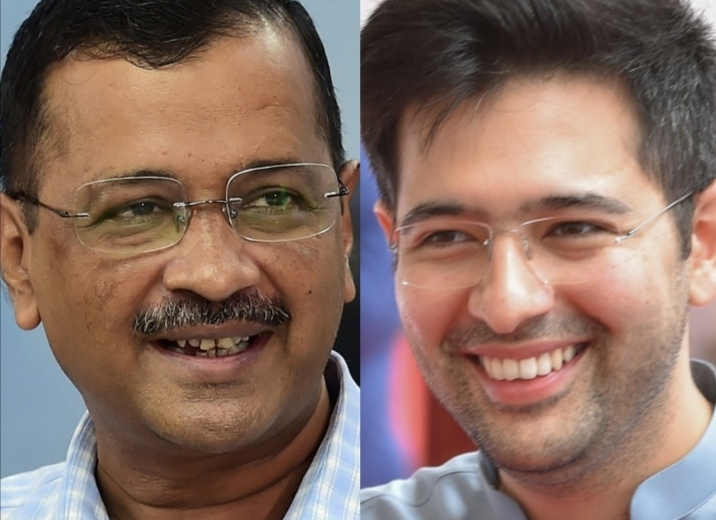 New Delhi: Delhi Chief Minister Arvind Kejriwal on Friday claimed that that ever since Raghav Chadha has been appointed co-incharge of Gujarat and started managing the election campaign in Gujarat, the Central agencies, acting on the behest of BJP, is planning to arrest MP Raghav Chadha.

In fact, since the action on Delhi’s liquor policy, the ruling Aam Aadmi Party and the BJP in Delhi have been on loggerheads over the issue. Earlier this week, the CBI arrested Vijay Nair in connection with the alleged liquor policy scam. After this arrest, Kejriwal had expressed the possibility of the arrest of Deputy Chief Minister Manish Sisodia.

Who is Raghav Chadha?

The Aam Aadmi Party had on September 17 appointed Raghav Chadha as co-incharge of party affairs in Gujarat. Since then, Rajya Sabha MP Chadha had reached Gujarat and said that the people of Gujarat want change as people are fed up with the BJP’s 27-year rule. He said the Congress was old and was not able to remove the BJP from power.

Chadha, who played an important role in the Punjab Assembly elections, is also in-charge of Punjab.

“Ever since Raghav Chadha has been appointed co-incharge of Gujarat and he has started going for election campaign in Gujarat, now it is being heard that Raghav Chadha will also be arrested by these people. In which case and what will be the allegations, these people are making these people right now,” Kejriwal said in a tweet.

Delhi Lieutenant Governor VK Saxena had on July 22 recommended a CBI probe into Delhi’s excise policy. After this, the Delhi government withdrew its excise policy. On August 19, the CBI had raided the premises of Delhi Deputy Chief Minister Manish Sisodia and some officials in connection with the case. Later, the Enforcement Directorate also joined the investigation.

The CBI had arrested Vijay Nair earlier this week. He is the fifth accused in the FIR lodged by the CBI. The AAP had opposed his arrest. The party said Nair was a worker of their party. He strategises the party’s campaign.

Nair had made a campaign strategy in Punjab. The party said that now they are making a campaign policy for Gujarat. A day later, the ED arrested liquor baron Sameer Mahendru. He was arrested on charges of money laundering.