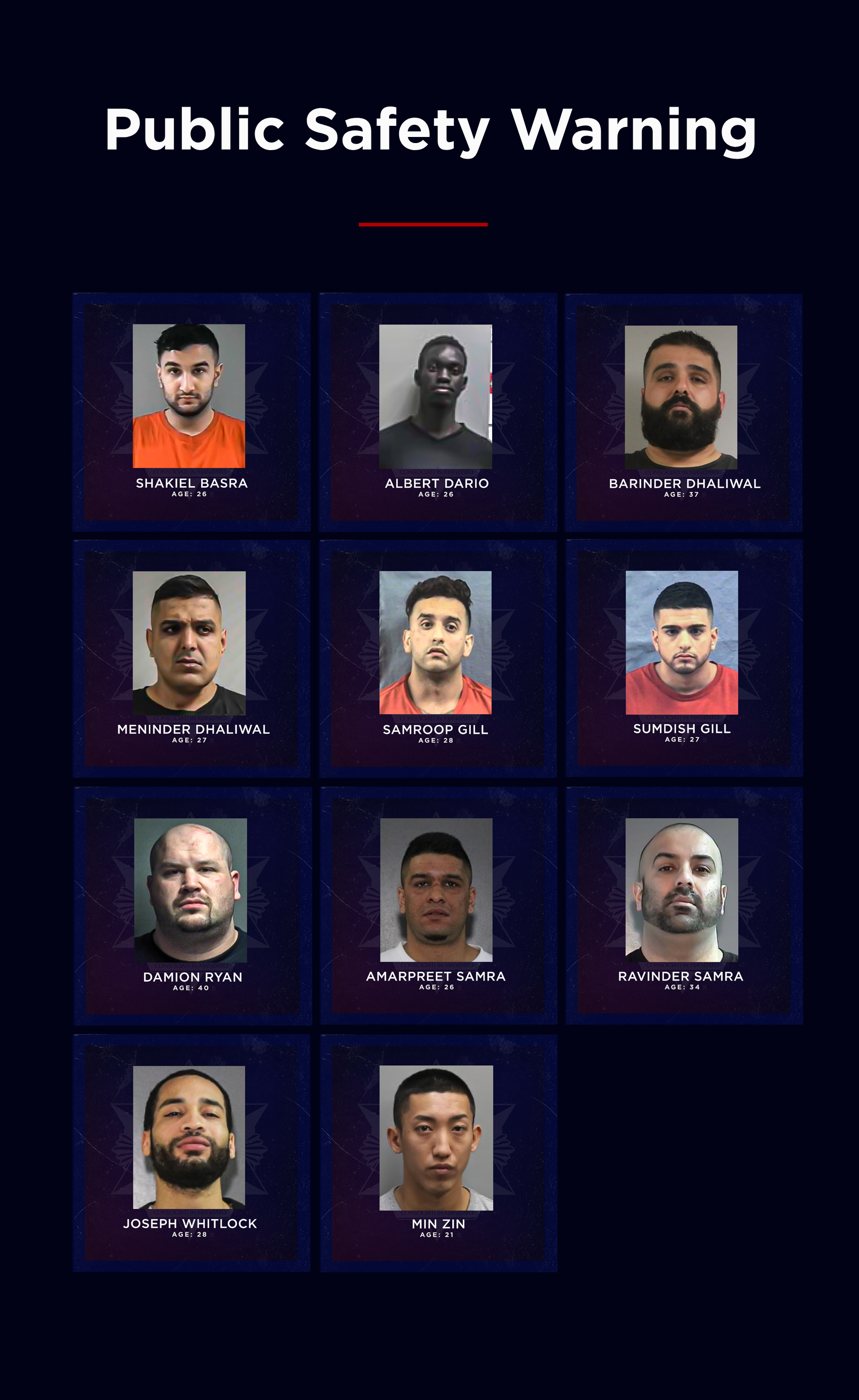 The Combined Forces Special Enforcement Unit of British Columbia (CFSEU-BC) is issuing a public warning due to the significant threat to the public posed by a number of individuals involved in the Lower Mainland gang conflict and their ongoing nexus to violence.

These individuals are known to police and have been connected to the current spike in violence. Police believe that anyone with, or in the proximity to these individuals may be putting themselves at risk. CFSEU-BC is issuing a public warning and identifying them in order for family, friends, associates and the public to take measures to increase their own personal safety.

The public is being warned about the following individuals: 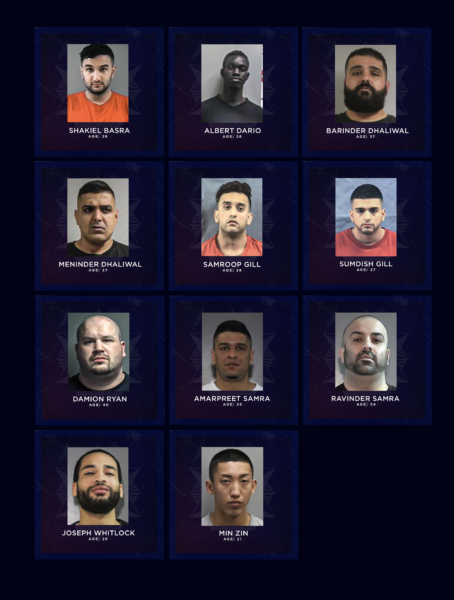 Police agencies throughout the Lower Mainland are aware of several conflicts involving numerous crime groups that have resulted in murders and attempted murders in recent weeks in public places. Police are expecting the violence to continue and escalate. CFSEU-BC is advising the public to avoid any interaction with these 11 individuals, as police believe these individuals may be targets for future violence.

“Police in British Columbia will continue to use every lawful tool at our disposal to prevent, suppress and disrupt gang-related activity. This includes overt and covert enforcement strategies, as well as public warnings,” says Assistant Commissioner Dwayne McDonald, Criminal Operations Officer, Federal, Investigative Services and Organized Crime for BC RCMP. “Citizens deserve to be able to enjoy all their communities have to offer without fear of being caught in the crossfire of a gang shooting.”

“Today’s release of names and photos of individuals who currently pose a significant risk to public safety due to their nexus to ongoing gang violence is another step in our collective and coordinated efforts,” says Assistant Commissioner Manny Mann, CFSEU-BC Chief Officer.

“Gang members travel between jurisdictions and it is important for the public to be aware so they can take steps to ensure their safety. The Vancouver Police Department’s warning yesterday, and ours today, may be the first two in the series of many warnings to come should more individuals choose to continue their involvement in violent gang-related behavior.”

Police are asking the public to report any information about recent incidents of violence or suspicious activity to police by calling 9-1-1.