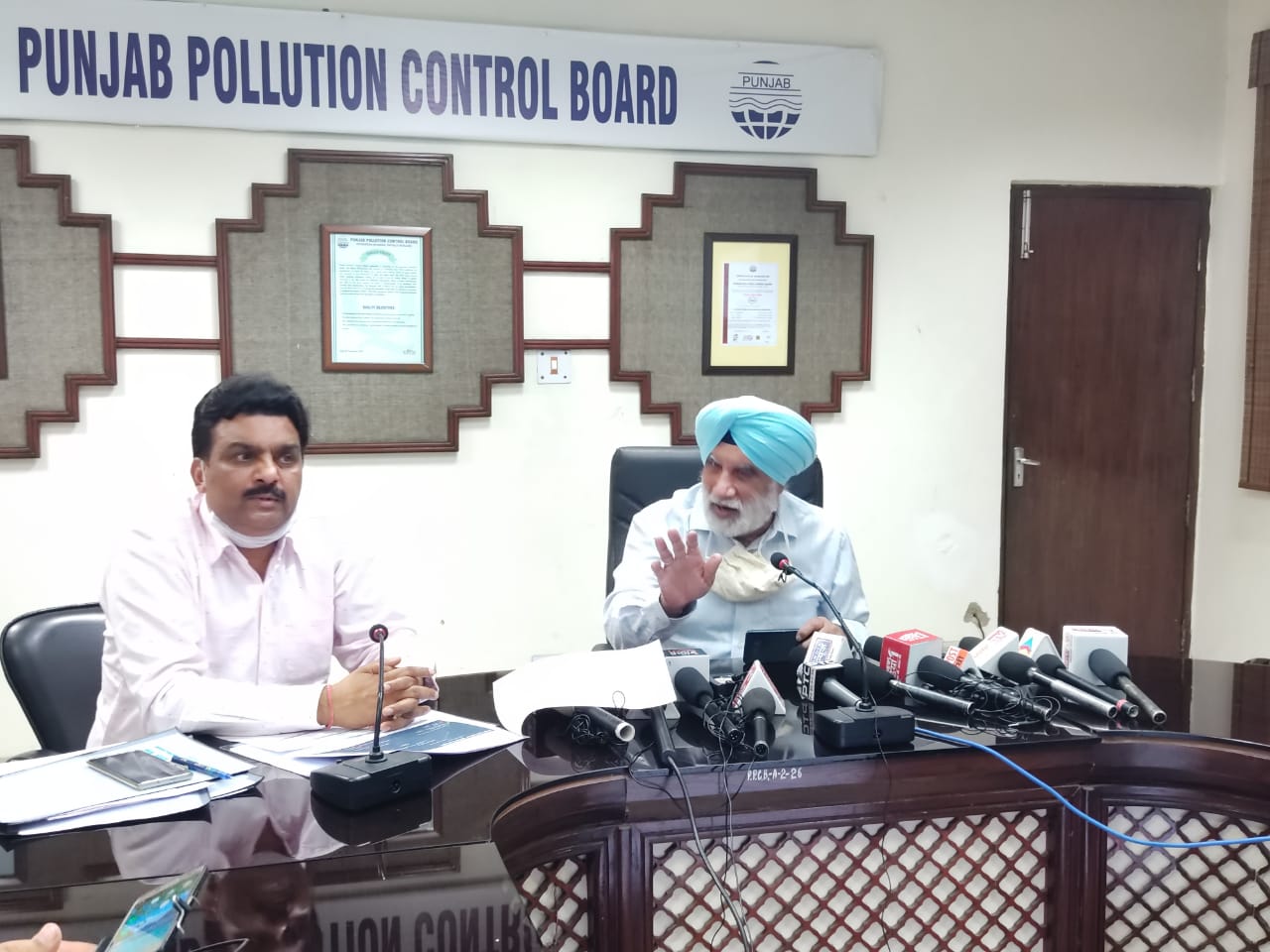 Chairman of Punjab Pollution Control Board Dr AS Marwaha today said that rather than pointing Punjab for Pollution in national capital, Delhi Authorities should check internal source of pollution.

Interacting with the media here today, the Chairman said that AQI is Satisfactory in Punjab to Moderate while in Delhi it’s very poor. He questioned that How it was possible that a state with better AQI could create pollution in other state. Dr Marwaha said that cities like Panipat, Sonepat, Jind and Karnal in Haryana have poor AQI as compared to Punjab’s Amritsar, Jalandhar, Ludhiana, Khanna, Mandi Gobindgarh and Patiala.

The Chairman said that contribution of the stubble fire in Punjab could not be the major contributing factor in the deteriorating air quality of NCR especially New Delhi. Rather he said that it is due to the internal polluting sources of NCR and climatic conditions that develop during the month of October till March every year, which deteriorate atmosphere in Delhi.

The Chairman further explained that in case, the stubble fires would have been the major reason for deteriorating air quality, then the Ambient Air Quality of Punjab would have also shown the similar trends as it is also recipient of the pollutants through trans-boundary transportation from neighbouring countries due to stubble fires. However, he said that AQI of Punjab is generally in the Moderate range (100-200) whereas, the AQI of Delhi stations crosses very poor category. Although, Dr Marwaha said that the stubble fires are blamed to be the major factor in the very poor air quality of Delhi and nearby areas, however, the poor air quality during the month of December, January & February every year in Delhi and NCR area when there are no stubble fires, can only be explained that the environment of NCR is in mainly recipient of PM2.5 and PM10 pollutants from their internal source like industrial, power plants, vehicular traffic, residential, airport activity, municipal solid waste landfill site fires, eateries, construction activities and other anthropogenic activities etc.

The air quality index starts increasing significantly after Karnal / Panipat region, which are near to Delhi part of the NCR. The comparison of the PM 2.5 data of April 2019 & 2020 can be used to identify the contribution of the local sources in Delhi atmosphere as there was the total lockdown during April 2020. During lockdown with most of activities on hold, the difference in the PM 2.5 value reveals that local pollution sources are the major contribution to the Delhi air quality.