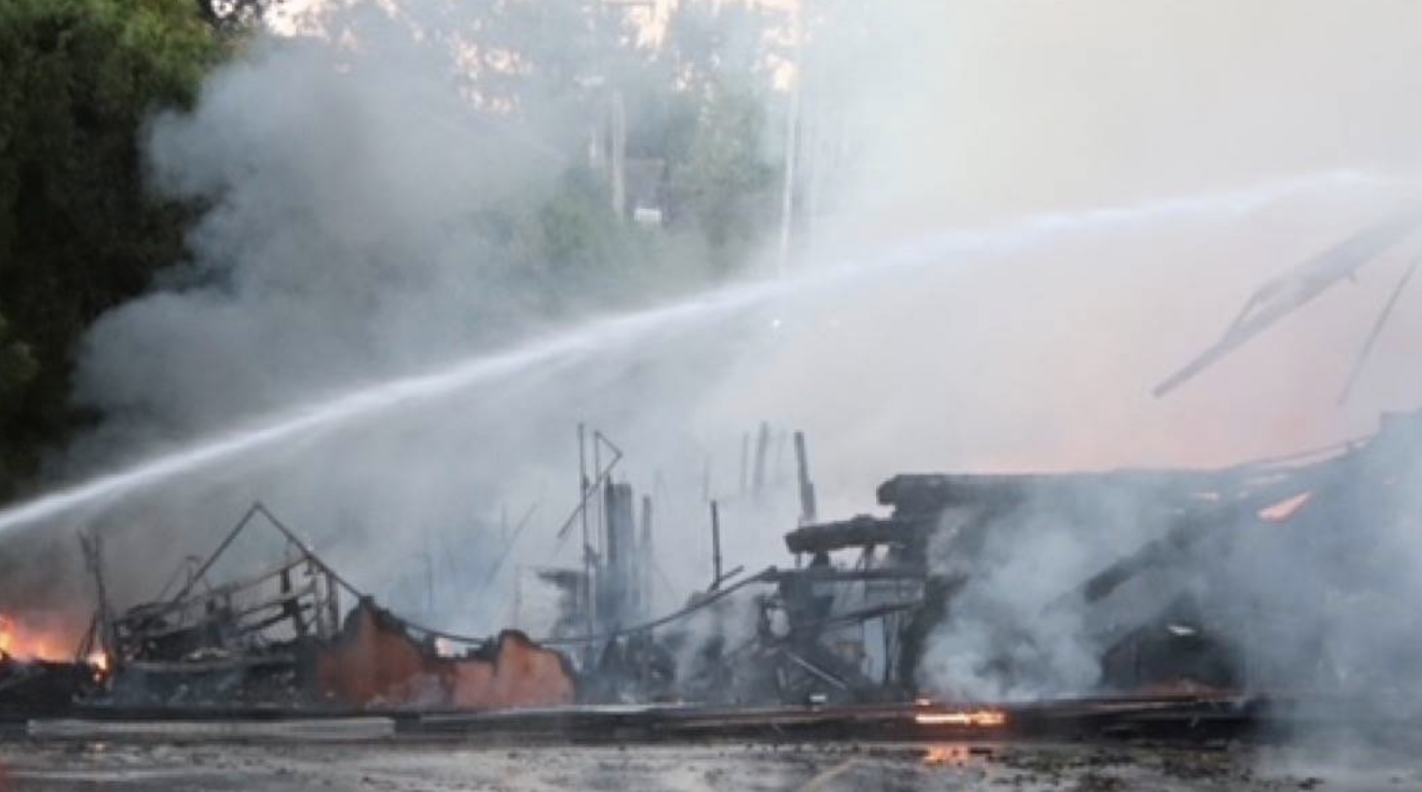 Surrey RCMP is on-scene and investigating a fire that destroyed the St George Coptic Orthodox Church, in Whalley.

On July 19, 2021, at approximately 3:17 a.m., Surrey RCMP was informed by the Surrey Fire Service of a fire at the St. George Coptic Orthodox Church in the 13900-block of 108 Street. Thankfully, no one was injured in the fire however, the church has been destroyed.

At this time, Surrey RCMP is working with the Surrey Fire Service to investigate the cause of the fire. Investigators must wait for the debris to cool before further work can be completed; however, this fire is being treated as suspicious.

On July 14, 2021, the St. George Coptic Orthodox Church was the target of an attempted arson, which was reported to police after damage was discovered on the door of the church. Surveillance video confirmed that at approximately 2:33 a.m. on July 14, a female suspect lit items on fire at the door of the church and immediately left the area.

The suspect is described as a Caucasian woman, 5’7” tall, with a heavy-set build, and dark hair. The woman was wearing a black hooded sweatshirt, a black tank top, black tights with a flower print, and black flip flops (see attached photo.)

Investigators are asking anyone with information related to either of these investigations to contact Surrey RCMP or Crime Stoppers.

It is important to note, that although both of these incidents are suspicious, there is currently no evidence linking these two separate investigations.