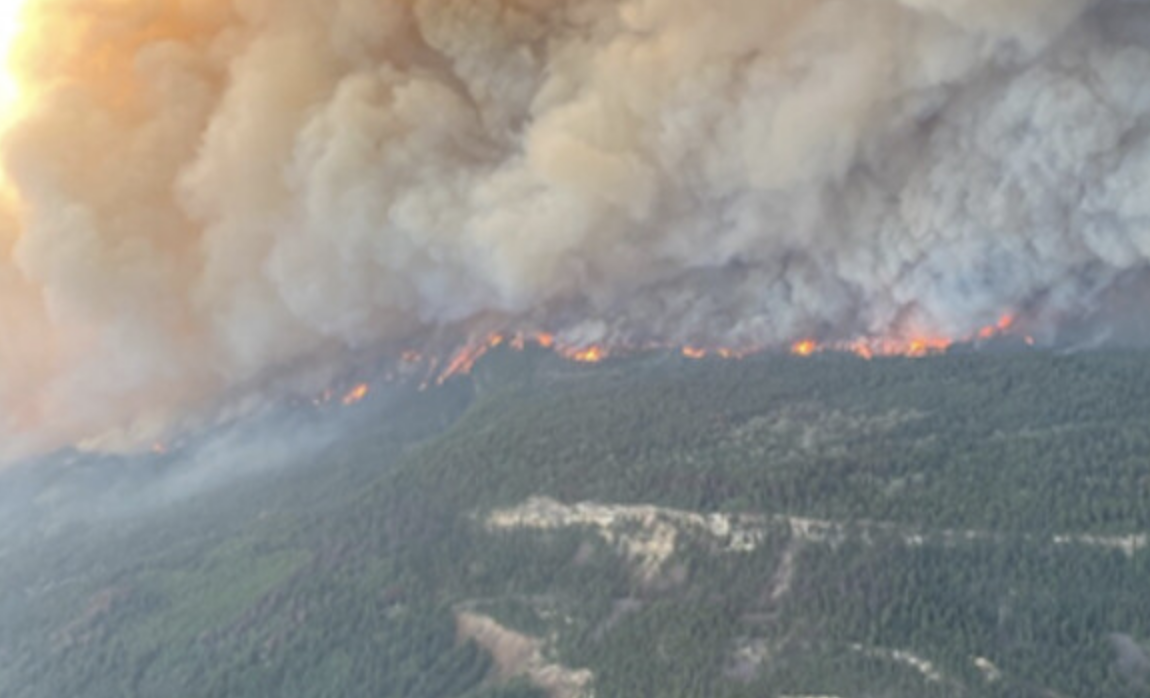 Kamloops, BC –Last night the City of Kamloops experienced a significant interface fire. Two separate lightning strikes ignited two fires in the hills below the community of Juniper Ridge. The fire spread rapidly and threatened homes on both the upper and lower flanks, resulting in tactical evacuations of parts of Valleyview and Juniper Ridge.

The fire is currently listed as under control, pending an air assessment by BC Wildfire Service (BCWS) this morning. Evacuations remain in place for all properties on the north side of Capilano Drive and on Nechako Drive east of Qu’Appelle Boulevard. Evacuees will be updated as soon as it is safe for them to return home.

The efforts of the men and women of Kamloops Fire Rescue (KFR), Kamloops RCMP, and the BCWS have been nothing short of heroic. The terrain is steep and varied which makes firefighting difficult, especially throughout the night.

The communication and collaboration between KFR, RCMP, BCWS, and the City of Kamloops Emergency Operations Centre has been integral in ensuring successful safe evacuations, safety of responders, and fire suppression.

No structures have been lost in the fire. An initial count identified 400 homes saved on the immediate fire perimeter, valued in the hundreds of millions of dollars. The number of lives saved is priceless.

Kamloops Fire Rescue is working closely with BC Wildfire Service and the RCMP to carry out a tactical evacuation of all properties on Nechako Drive east of Qu’appelle Boulevard and all of Capilano Drive.

Evacuated residents are asked to seek shelter with friends and family for tonight, as the ESS reception centre is currently at capacity supporting evacuees from the Lytton and surrounding area wildfires. For anyone who cannot find shelter, water and shelter is available at the Sandman Centre concourse. Further details on ESS registration will follow tomorrow.

The City asks all residents and businesses to immediately cease all irrigation to protect water supply for the fire crews.

The fires were caused by numerous lightning strikes in the Kamloops area earlier this evening.

For updates on this incident, please watch the emergency alerts posted on Kamloops.ca. For information on the evacuation, residents can call 250-828-3461.