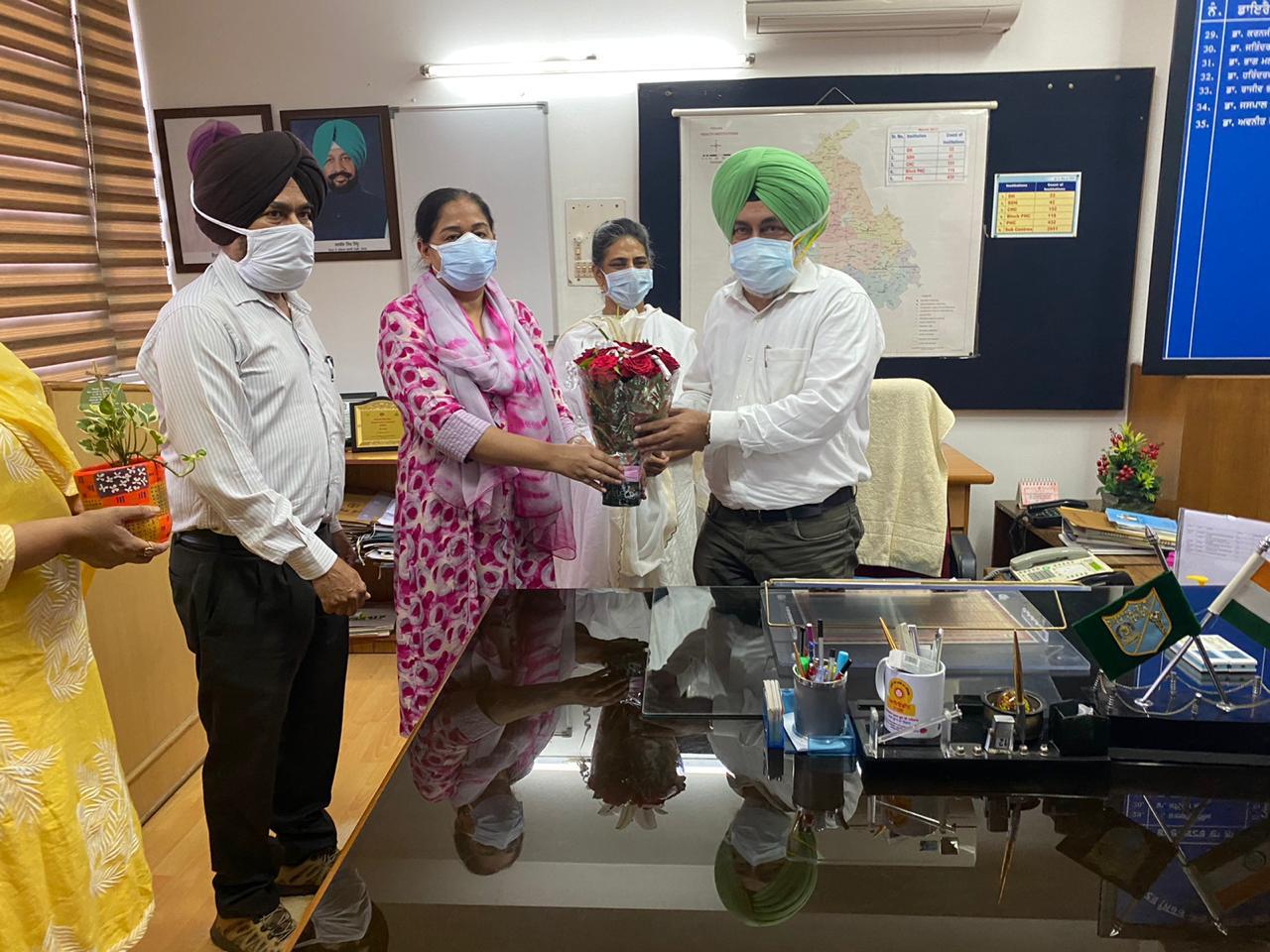 Chandigarh, October 8: Civil Surgeon Dr. Manjit Singh has been promoted to the position of Director, Health and Family welfare department Punjab. The orders regarding his new appointment were issued today morning by the Principal Secretary Health Mr. Husan Lal. Dr. Manjit Singh took charge of the new responsibility at the Directorate Health Services (DHS) in the afternoon today. He thanked the chief minister Captain Amarinder Singh and Health and Family Welfare minister Mr Balbir Singh Sidhu for giving him opportunity to head the department.

Dr Manjit Singh had joined the health department in 1985 as a medical officer. His first appointment was at Subsidiary Health Center, Chhalheri Khurd in then Patiala district. He later worked in health facilities at Dakala, Samana and in Mata Kaushalya Hospital, Patiala at different intervals. In 2010, he was promoted to the position of a senior medical officer and was posted at in the Community Health Center at Tripri in Patiala district. He then became Civil Surgeon in 2017 and his first appointment was in Moga. After a short term in Sangrur, he was transferred to Mohali on June 21, 2019.

A recovered patient of blood cancer, Dr Manjit Singh is known as an honest and hardworking officer. It may be recalled that the Chief Minister Capt. Amarinder Singh in the last state level Independence day function on August 15 in Mohali, lauded Dr Manjit Singh for his unparalleled and dedicated service in the war against Covid-19. The Chief Minister had said that despite having suffered from a life-threatening disease, he was playing a leading role in the ‘Mission Fateh’ waged against this pandemic and his hard work was a source of inspiration for others as well. Notably, Dr Manjit Singh had publicly announced two days before Diwali that he would not accept Diwali gifts. Last year, he had put up a plaque outside his office saying, “Share the joys of Diwali, not gifts.”

While thanking the doctors, nurses, paramedical staff, health workers, Asha workers and all the other staff, he said that during his tenure as Civil Surgeon Mohali, he has received good support from the entire staff of the District Health Department. Extending a special gratitude to the Health and family welfare minister Mr. Balbir Singh Sidhu for his support and guidance, he said that for the effective implementation of state and central health schemes, providing of good and quality health facilities to the people in government health facilities and in curbing the spread of of ‘Coronavirus’ pandemic, he has given all possible help to the district health department. He said that with the co-operation and guidance of the Health Minister, he has been able to provide better health care facilities to the people of the district and raise the standard of health facilities.