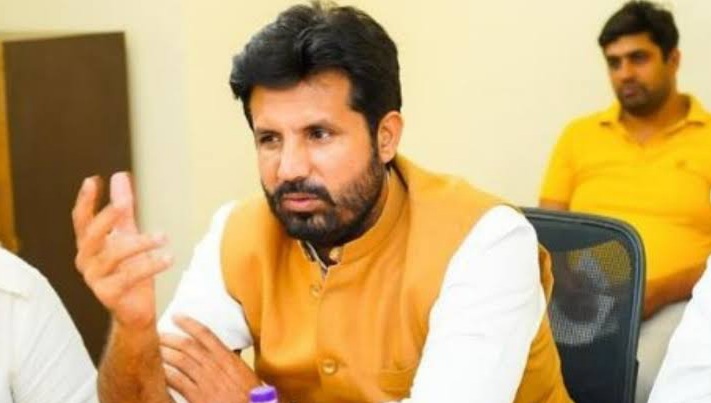 CHANDIGARH: Punjab Congress president Amarinder Singh Raja Warring today challenged the Aam Aadmi Party government to prove one single achievement, it has been claiming in media advertisements, on the ground.

It has been an all round failure, whether on law and order, health or education, he said. “Thanks to their callous negligence an internationally acclaimed singer Sidhu Moosewala got killed after his security was withdrawn and there was a terror attack on the intelligence headquarters”, he pointed out, while adding, “murders, dacoities, robberies and car snatching have become a new routine as criminal have no fear of law”.

The performance of this government can be judged from the fact that within six months of being in power in Punjab, the AAP has to hide its MLAs and keep them captive lest they run away. “That means your MLAs are not happy and satisfied”, he pointed out, while asking, “when your privileged MLAs don’t feel satisfied what would be the plight of the common man?”

“In just six months, the AAP is feeling too insecure to let its MLAs free and they have to be held in captivity in Delhi”, the PCC president pointed out, asking, “why is the AAP so afraid and afraid of what?”

“There should normally be an atmosphere of jubilations and celebrations over the completion of six months of the government, but in AAP’s case there is total fear and insecurity prevailing in the government”, he said.

Referring to the performance of the government during the last six months, Warring pointed out, two of its flagship policies, one of home delivery of free ration and second the sand mining policy have been stayed by the High Court. The liquor policy is already under the scrutiny of the investigating agencies amidst charges of massive corruption, he added.

On the corruption front, while one minister was sacked and jailed, another is on the way, Warring pointed out, while blasting AAP’s claims to honesty. Even on the ground level like police stations and other offices the corruption is rampant, he alleged.

On the economy, the PCC president took a jibe at the government, saying, anyone who may have seen the advertisements in newspapers and news channels, must be feeling amused over the economic health of the state. “While this government has enough money to splurge on advertisements in election bound states like Gujarat and Himachal, it has no money for its staff to pay their salaries or the hospitals or welfare schemes”, he said.