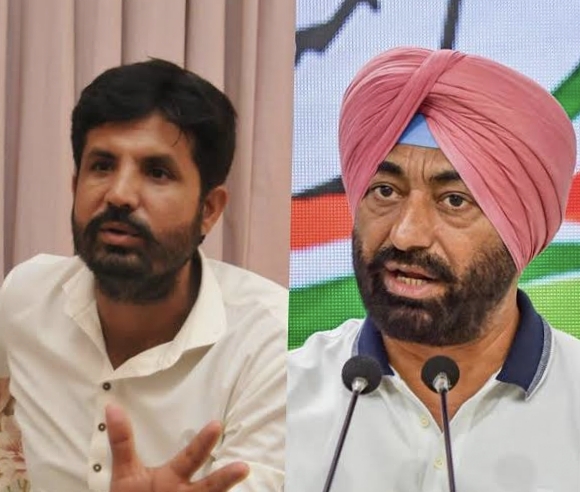 The case has been registered on the complaint of AAP’s SAS Nagar district President Prabhjot Kaur under sections 465 and 471 of the Indian Penal Code (IPC) and section 66 (D) of the Information Technology Act at Phase-1 Police Station, SAS Nagar.

The complainant stated that she has noticed on twitter page that Amarinder Singh Raja Warring and Sukhpal Singh Khaira posted a forged documents by way of twitter post on their official twitter account detailing the names of chairpersons appointed by the Government of Punjab in due course of their powers, however, the said list was forged by creating fabricated letterhead of Aam Aadmi party and further bears forged signatures of Arvind Kejriwal.

Prabhjot Kaur said that being a district president of AAP, she personally verified the fact from the party office at Delhi about the genuineness of this document and it has come into her knowledge that no such list has ever been published by Arvind Kejriwal or any of the officials of Aam Aadmi Party.

“The above named persons (Raja Warring and Sukhpal Khaira) had knowingly, deliberately, intentionally and with mala fide intention to defame the reputation of party and with an intention to create unrest in the state of Punjab, had done this illegal act of forgery and fake news publication with their teasing comments just to mislead the people of Punjab,” the complaint further stated. It is requested that appropriate legal action be taken against them, she said.

Reacting to this, Sukhpal Khaira said,” Once upon a time there was @ArvindKejriwal a Rti activist & whistleblower who was awarded Magsaysay but now as a ruler he’s throwing to winds all issues he fought for & has become an arrogant & intolerant politician thats why people have named him “Chotta-Modi”for hatred within!”

He further said that this is Ankit Sexena of Aap who shared d post which led to Fir against us! Why didn’t police register Fir against dis Id if its fake?How do we know Id is real or fake? Bjp also shared dis post but no Fir against them?This selective targeting proves its pure vendetta.

Leader of Opposition Partap Singh Bajwa also attacked AAP government and said, “I strongly condemn the FIR against PCC President @RajaBrar_INC and @SukhpalKhaira We won’t be scared by such cheap tactics. King of allegations and theatrics @ArvindKejriwal should know that people who live in glass houses shouldn’t throw stones at others.”