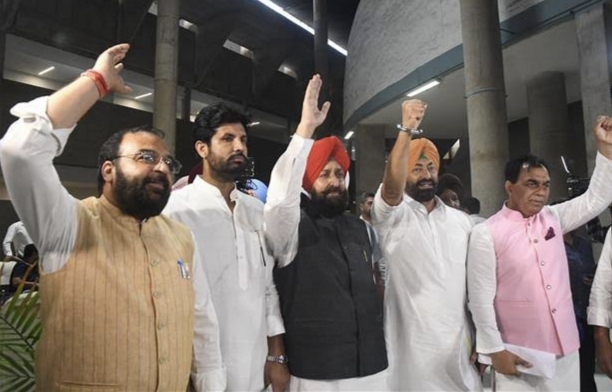 Congress MLAs had worked with a ‘fake CM’ as Captain Amarinder Singh was always working for BJP: CM Mann

Chandigarh: Chief Minister Bhagwant Mann on Friday strongly condemned the Congress leadership for questioning the dignity of the Speaker of the Vidhan Sabha in the session, and said that those Congress MLAs now pointing fingers had worked with a ‘fake CM’ in the previous government as Captain Amarinder Singh was always working for BJP.

Taking a dig at the opposition in the session, CM Mann said, “Those who were working for a “Nakli CM” Capt Amarinder Singh, are now raising slogans of “Murdabad” in the session. Congress is working for BJP and they should officially write BJP along with its party name.”

Congress leaders raised slogans in the House against the Speaker and AAP government for not wasting people’s money and demanding termination of minister Fauja Singh Sarari for allegedly planning to extort money. 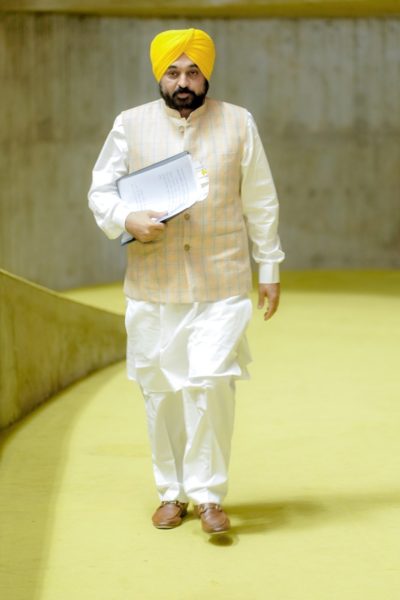 Attacking Congress MLAs for creating ruckus in the session, CM Mann said that Congress has wasted the precious time of the house and asked them to join the so-called ‘session of BJP’ to let the House function properly to take pro-people decisions for the welfare of people.

During the session, finance minister Harpal Singh Cheema said that the opposition has zero issue against the ruling party and Congress did not raise a single issue of their constituencies and they did even raise a single question in the assembly. Congress has the sole agenda to create disturbance in the house and it is extremely sad and disappointing that they are killing democracy.

He said that Congress is working with vested interest and they do not care about the welfare of Punjab. Congress has now officially become B-team of BJP.

Earlier, Speaker Kultar Singh Sandhwan criticised the opposition for creating ruckus in the session and said that the House was to transact business till 3.30pm but the Congress betrayed the people of Punjab by creating mayhem in the House. It is sad that they have failed to have debate on the bills for the welfare of Punjab and Punjabis.