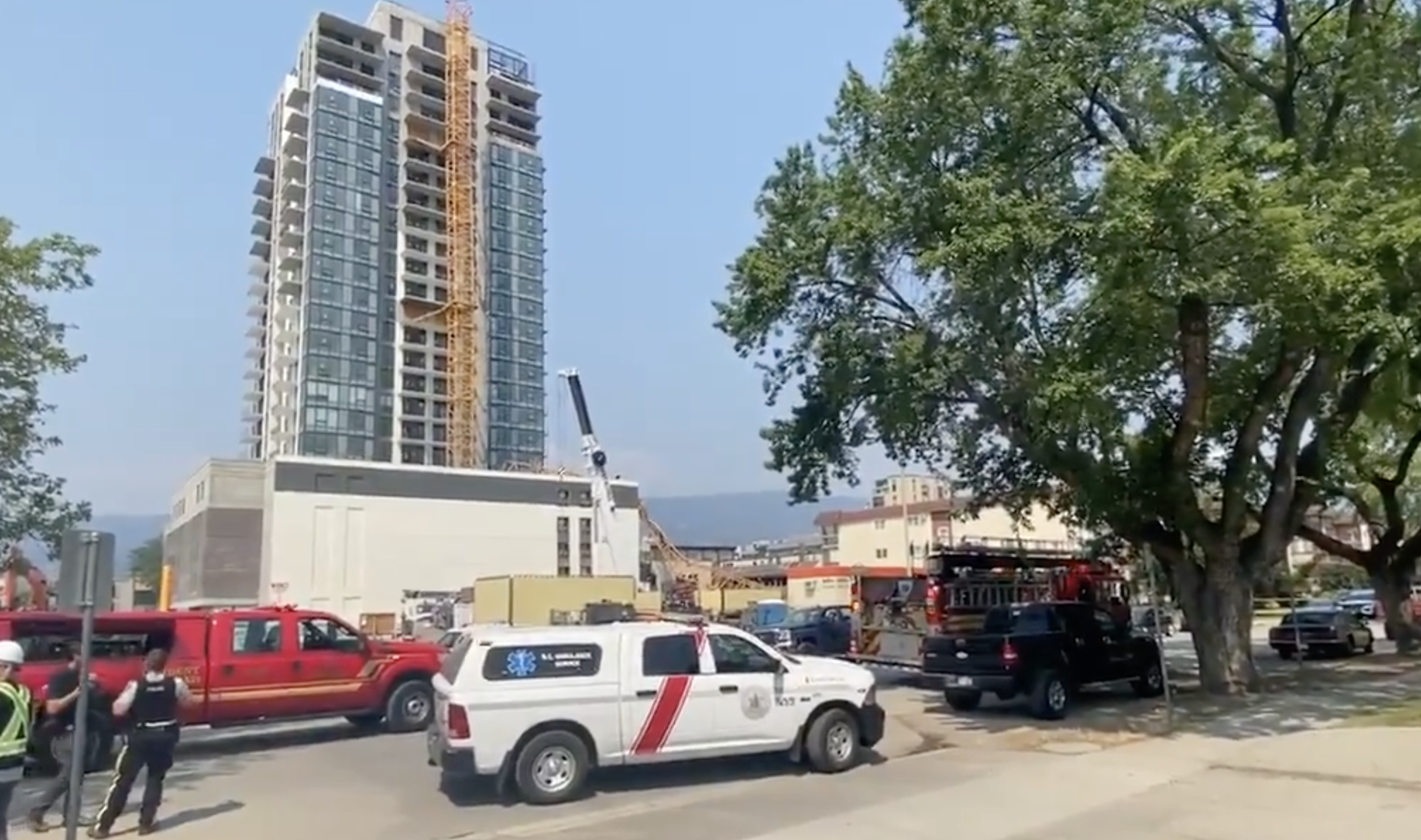 A construction crane collapsed on Monday morning in the dowtown Kelowna area. At least 10 people were injured in this accident and RCMP have now confirmed 1 death.

The crane on Bernard Avenue near St. Paul Street collapsed onto an adjacent building at around 11 a.m. Emergency responders were called to the site and the building was evacuated.

A local state of emergency has been declared in Kelowna.