Farmers called a nationwide strike against agricultural laws on Tuesday. This strike has also been supported by Aam Aadmi Party (AAP). Meanwhile, Delhi Chief Minister Arvind Kejriwal has been placed under house arrest by Delhi Police. This has been tweeted from the official account of AAP. However, the police have rejected the claim. 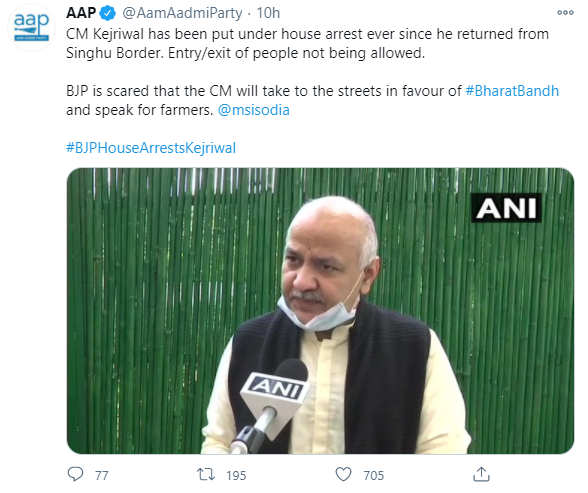 ‘’Ever since Arvind Kejriwal returned from the border after meeting with the farmers, he has been placed under house arrest’’, said AAP spokesperson. Arvind Kejriwal has been remanded in custody following home ministries orders, barricades were set up around CM’s residence, no one was allowed inside or outside Kejriwal’s house, said AAP Spokesperson.