Do you recognize this man? RCMP released sketch after an indecent act in Burnaby

Burnaby RCMP have released a suspect sketch, in hopes of identifying the man responsible for an indecent act in the Edmonds area of Burnaby on Friday, June 18.

A woman was walking on Mary Avenue between Vista Crescent and Edmonds Street around 7:15 p.m. when she was approached by a stranger who tried to initiate conversation.

The victim, who is a senior, was able to safely leave the area and call police. She was not physically harmed. 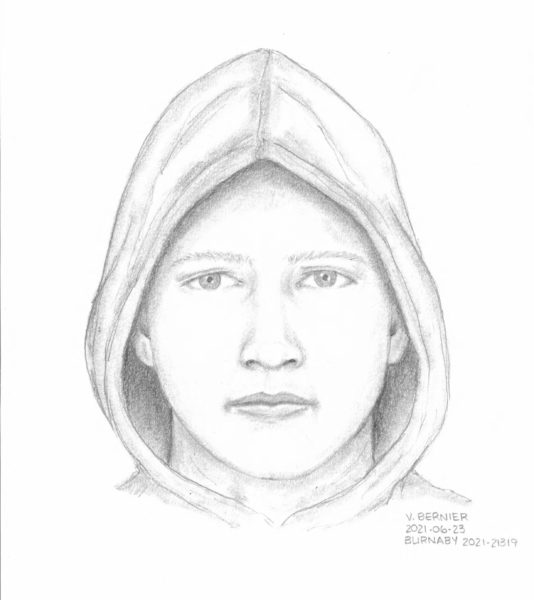 The suspect is described as:

This was a disgusting act. We are asking people to take a look at this composite sketch and to contact Burnaby RCMP right away if they recognize the suspect or have any information on his identity, said Cpl. Mike Kalanj with the Burnaby RCMP.

While there have not been any similar incidents reported in the area recently, we want to make sure this doesn’t happen again to anyone else, Kalanj added.

Burnaby RCMP Victim Services has offered support to the victim.