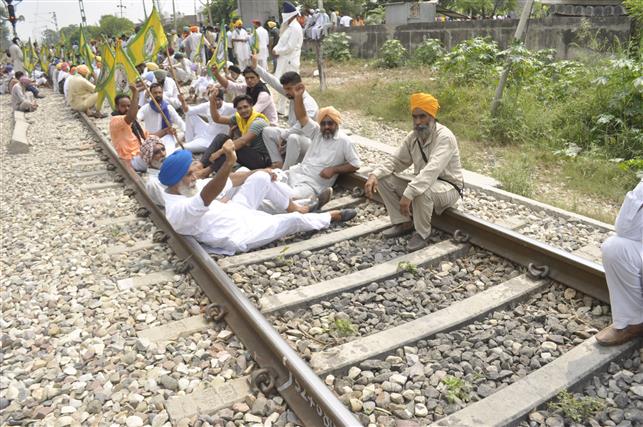 Farm bodies to block roads, rail traffic at 125 locations across Punjab on Friday

The call for bandh against farm Bills, given by 31 various farm organisations on September 25, has got unprecedented response as except BJP all political parties and various other organisations have extended their support.

A representative of organisations said roads and railway tracks will be blocked at 125 places across Punjab.

“As per information from across state, the call for bandh has received positive response from various unions of truckers, buses, tempos, employees, youngsters, students, labourers and others,” said Darshan Pal, a representative of all farm unions.

He added that as per their initial estimates, rail tracks and roads would be blocked at around 125 locations across various districts of Punjab.

“We request all to block roads and rail tracks peacefully and do not respond to any call for violence as miscreants might try to create problems during bandh. The locations of bandh could be increased as per the demands of members of various organisations,” said Darshan.