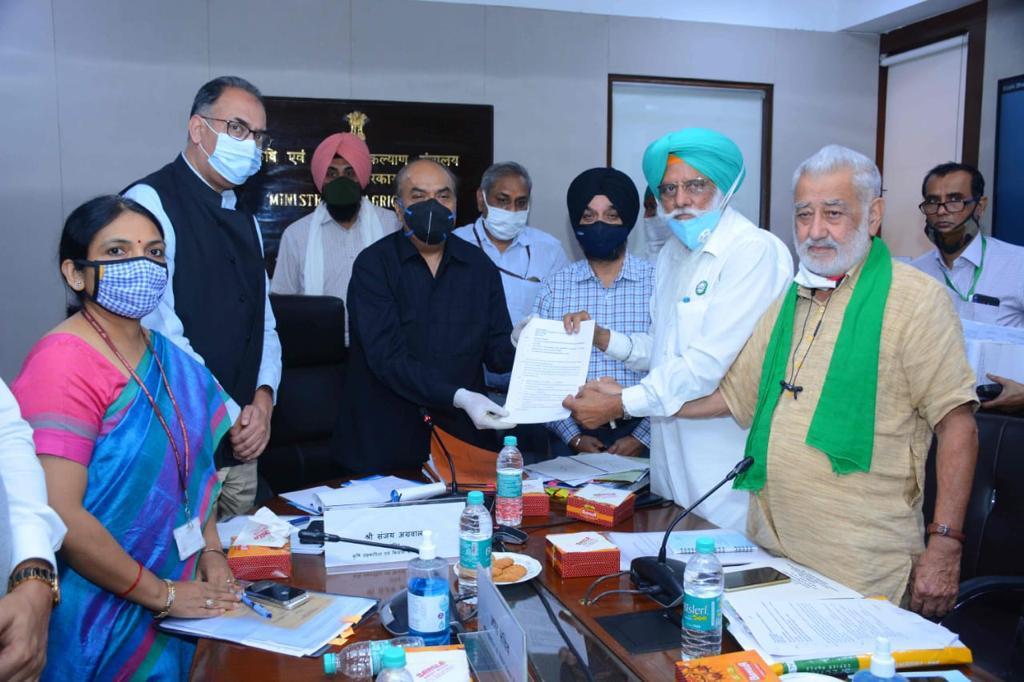 Stating that agriculture is the top priority for the union government, Agriculture Ministry officials on Thursday said various farmers’ issues were discussed in Agriculture Secretary Sanjay Agarwal’s meeting with representatives of 29 farmer unions from Punjab on Wednesday.

Responding to the farmers’ criticism that no Minister was present at the meeting, officials said the meeting was scheduled to be held at the level of Secretary Agriculture (AC&FW), and the farmers were aware of that.

“The meeting continued for about two hours and was attended by representatives of the aforesaid farmers’ unions of Punjab.

“In this meeting, various issues related to farmers welfare were discussed for about two hours. At the end of this meeting, two memorandums on behalf of the Farmers’ Unions were given to Secretary (AC&FW).

“The Government of India is always committed to protecting the interest of farmers and is always open for discussions,” they said

Farmers’ organisations yesterday walked out of the meeting with Agarwal stating that while union ministers were holding meetings in Punjab, the leaders were called for a meeting where not even one minister was present.