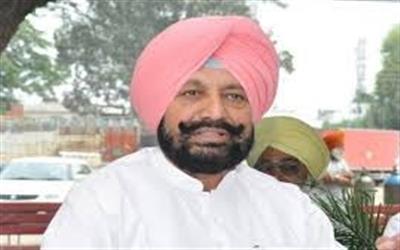 Mr. Sidhu said that this is shameful example of political opportunism that Mr. Sukhbir Badal has suddenly changed his stand on these bills after supporting ordinances till four months. Calling Sukhbir Singh Badal a betrayer, who back stabbed the farmers by playing double standards, he said that after witnessing the anger against these bills, now Mr. Badal supported the agitations and shedding crocodile tears to express support towards farmers but the people of Punjab is aware of this political gimmick. “On one hand he is opposing the bills while at the same time he was not willing to break the alliance with anti masses BJP.

The Health Minister pointed out that Sukhbir Singh Badal and his wife Harsimrat Kaur Badal were being tried to mislead the people by saying that the Akali Dal had raised objections against these bills from day one but the truth is that the ordinances have been issued with their consent. He stated that Harsimrat Badal has openly endorsed and supported these bills in Cabinet meetings, while backing up the introduction of these Ordinances in Parliament.

Mr. Sidhu said that Chief Minister Capt. Amarinder Singh is adamant that these bills would prove fatal for the farmers and Punjab would not enforce these anti-farmer laws in Punjab at all and will ready to fought any battle at any level. He reminded the Akalis that Capt. Amarinder Singh in his last tenure as Chief Minister, had revoked all the agreements on river waters and stopped the construction of Sutlej-Yamuna Link.

The Cabinet Minister said that the Shiromani Akali Dal today called upon all the political parties to come together and fight against these Bills but the party had not heed to take part in All Party Meeting convened by Chief Minister Captain Amarinder Singh. He said that at the time of passing the resolution in the Punjab Vidhan Sabha to repeal these ordinances, all the members of SAD were deliberately absent, whereas the BJP ally of SAD had opposed the resolution.

Mr. Sidhu said that Mr. Sukhbir Singh Badal had neither the intention nor the political guts to fight against the Union Government, so he should accept the leadership of Captain Amarinder Singh who is determined to repeal these black laws.