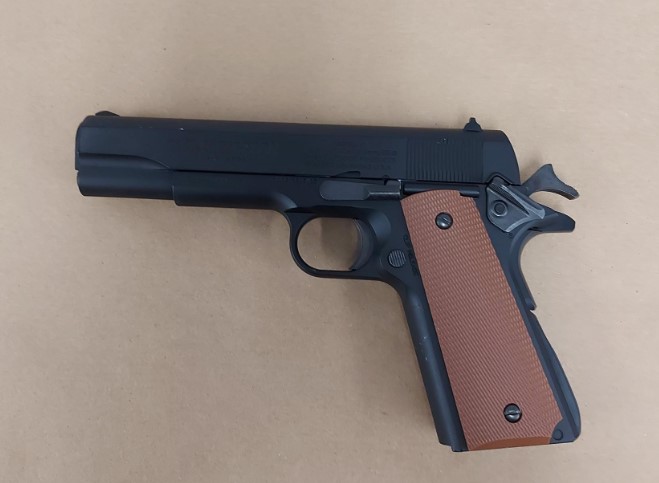 This afternoon at 12:12 pm, Abbotsford Police patrol officers responded to the 31000 block of Southern Drive for reports of a man holding a gun and approaching a vehicle with two female occupants. The suspect fled from the area before police arrived on scene.

Numerous officers responded to the area and located a male matching the witnesses’ description a short distance away. The suspect was searched subsequent to arrest and a gun was located.  The gun, which appeared real in appearance, was determined to be a BB gun.

Investigators are in the preliminary stages of this investigation; however, the suspect is known to the victims, and this incident is not gang related.

The suspect, a 17-year-old male from Mission, faces charges of Uttering Threats and Possession of a Weapon for Dangerous Purposes.