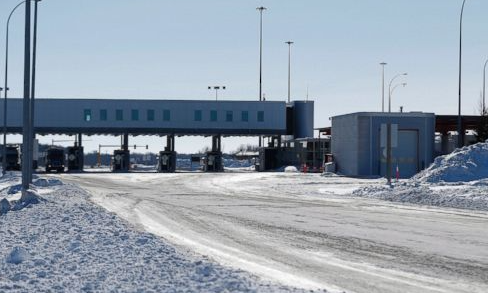 WINNIPEG – Mounties in Manitoba say they have found the bodies of four people  including an infant and a teen near the United States border.

They say the four died from exposure during a blizzard and freezing temperatures.

RCMP say American authorities first notified them about a group that had crossed into the U.S. from near Emerson, Man., and they had items with them for an infant but no baby.

Mounties went searching yesterday and located the body of a man, woman and infant.

They also found a teen’s body nearby.

RCMP are telling people not to attempt to cross the border in either direction because it can be deadly.