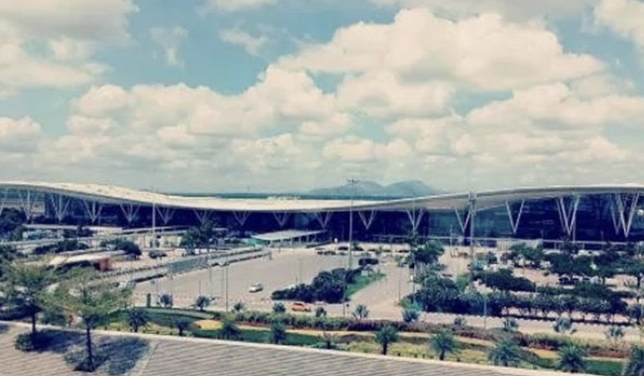 Bengaluru: A woman musician was allegedly stripped off her clothes at the Bengaluru airport for security check.

Sharing her ordeal on the social media, the victim said that it was very humiliating. She questioned, “Why do you need to take off a woman’s clothes?” The Bengaluru Airport Authority expressed grief over this and said that the matter is being investigated.

The central industrial security force is responsible for the security of this airport.The victim’s Twitter handle shows that she performs concerts.

“During security checking at Bengaluru airport, I was asked to take off my shirt. It was very humiliating to stand there wearing only shamiz. It was a very difficult moment for people to see you in a strange way during this time.”

Taking cognizance of the victim’s tweet, the Bengaluru airport authorities said that this should not have happened at all. Also, the woman has been asked to share her phone number and address, so that the matter can be understood closely. “We are saddened by the incident and it should not have been done. Considering the seriousness of the incident, we have taken up the matter with the CISF.”

Many cases of problems being faced by people due to security checks at the airport have come to light in the past few days. After the removal of restrictions imposed in the wake of the Covid epidemic, a huge crowd of passengers is being seen at the airport. Last month, long queues were seen at Delhi and Bengaluru airports for security checks.