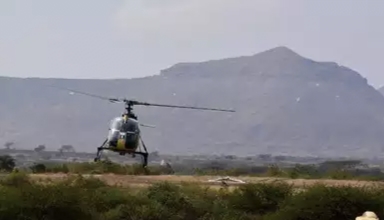 New Delhi: A Cheetah chopper of the Indian Army crashed in Arunachal Pradesh on Wednesday. An army pilot was killed and another was injured. This chopper has crashed in Tawang, Arunachal during a routine sortie at around 10:00 am.

“The Cheetah chopper was carrying two pilots. After the crash, both of them were evacuated and taken to the nearest army hospital. But Lt Col Saurabh Yadav was seriously injured. He died during treatment. The second pilot is currently undergoing treatment at the hospital,” According to the civil administration officials.

The cause of the accident is yet to be determined, the army said in a statement. The incident is still being ascertained and investigation is underway.

Another Cheetah helicopter of the Army crashed near the Line of Control in Jammu and Kashmir in March this year. In that too, the pilot was killed, while the co-pilot was seriously injured.