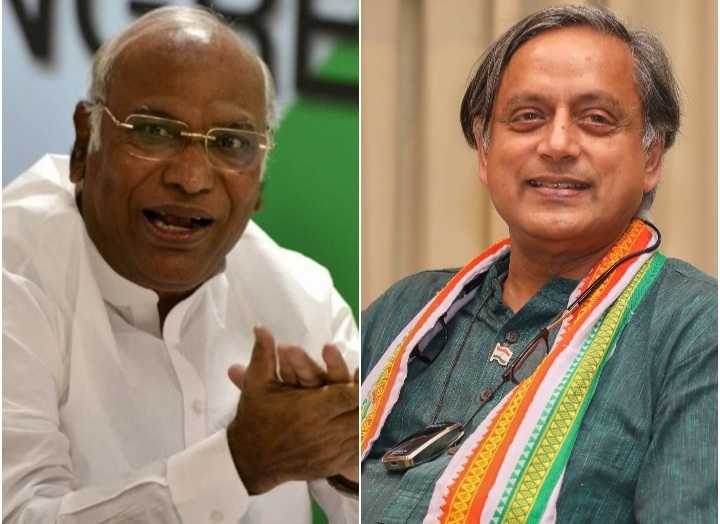 New Delhi: There will be a fight between Mallikarjun Kharge and Shashi Tharoor for the post of Congress President. They are only two candidates in the election of Congress chief as KN Tripathi’s nomination has been rejected on Saturday.

Polling for the post of Congress president will be held on October 17 and the result will be declared on the same day after the counting of votes on October 19.

Madhusudan Mistry, chairman of the Congress’ Central Election Authority, said two Congress candidates will contest for the president’s post. The last date for withdrawal of candidature is October 8. If no one withdraws, the process of election will proceed further.

Madhusudan Mistry said a total of 20 forms were submitted on Friday. Of these, the scrutiny committee rejected 4 forms due to signature problems. KN Tripathi’s form was rejected as it did not meet the prescribed criteria, it had a signature-related problem. Mallikarjun Kharge and Shashi Tharoor are among the two current contenders for the post of Congress president. Digvijaya Singh pulls out of race for president’s post.

Earlier, the names of Rajasthan CM Ashok Gehlot and senior Congress leader Digvijay Singh were also doing the rounds for the Congress president’s election. Ashok Gehlot had refused to contest the elections after a rebellion in the Rajasthan Congress. At the same time, Digvijay Singh had withdrawn from the race for the post of President on Friday.