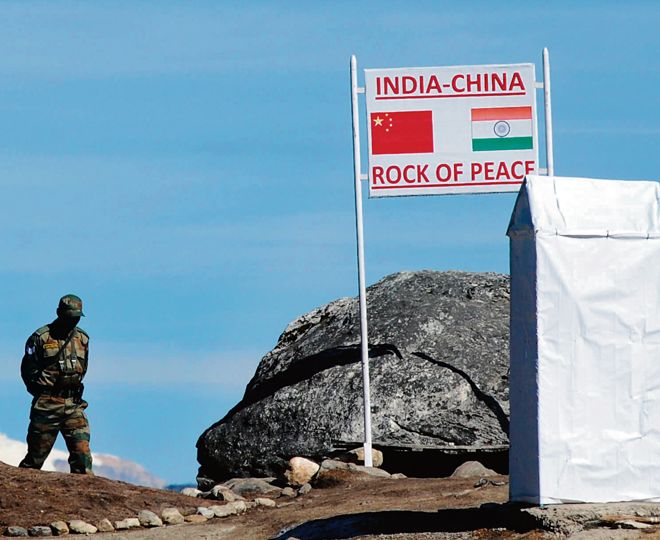 LAC to be on the table during Pompeo-Esper visit to India: US

The situation on the Line of Actual Control (LAC) will be discussed during the simultaneous visit to India next week by US Secretary of State Mike Pompeo and Secretary of Defence Mark Esper, senior State Department officials have said at a media briefing late on Thursday.

When asked if the LAC tensions will figure, an official said: “We’re watching the situation closely. I think both sides have expressed a desire to de-escalate violence.”

The two sides are in the process of finalising several agreements with a critical military pact called BECA also in the works.

The meeting comes a month before Quad countries — the US, India, Japan and Australia — will launch joint naval war games.

Officials said instead of talking of countering China, the US would prefer to frame a discussion in a more positive trajectory with the end goal to “empower these countries to push back”.

Like the MEA here, the US diplomats sought to convey the impression that the diplomatic calendar has its own dynamics.

“The 2+2 had previously been scheduled and delayed. Now the schedules worked out, so that’s really what’s driving the opportunity for this trip right now,” the official said.

Pompeo and Esper, possibly accompanied by their spouses, would hold a series of meetings in New Delhi. They will call on Prime Minister Narendra Modi and NSA Ajit Doval and separately meet their counterparts and hold the 2+2 meeting that is “reserved for our closest friends and partners”, said Dean Thompson, State Department’s Principal Deputy Assistant Secretary for South and Central Asian Affairs.

“The LAC tensions will figure at ‘some point’ during these meetings,” he elaborated.

Pompeo will carry on to Sri Lanka, the Maldives and Indonesia in a bridge-building exercise with Asian countries sitting astride key shipping lanes.

The focus areas of the Pompeo-Esper visit listed by the US side are similar to those mentioned by the MEA.

In the case of Sri Lanka, which is close to China, the message from the Americans will be stark. Colombo will be asked to review “the options we offer in contrast to discriminatory and opaque practices” (by China). The US will also question Sri Lanka on issues related to human rights, reconciliation and democracy.

“Right now, we think they’re at a point to make some choices about where they head…. We want to partner on sustainable economic development and a free and open Indo-Pacific,” said Thompson.

The message was milder for Indonesia which recently rebuffed a US request to fuel maritime surveillance planes.

“We’re looking forward to strengthening critical relationships with our friends and partners, emphasising our deep commitment to the Indo-Pacific and advancing our vision for long-term partnership and prosperity in the region,” said Thompson when asked about the basic purpose of the trip.

The officials said the US will help countries to assert their claims to resources in their exclusive economic zones. Washington’s backing to Mekong River basin countries, they claimed, led to China agreeing to share water information, which is critically important to downstream nations. The maritime partnerships the US has in mind also involve maritime domain awareness, security and law enforcement.