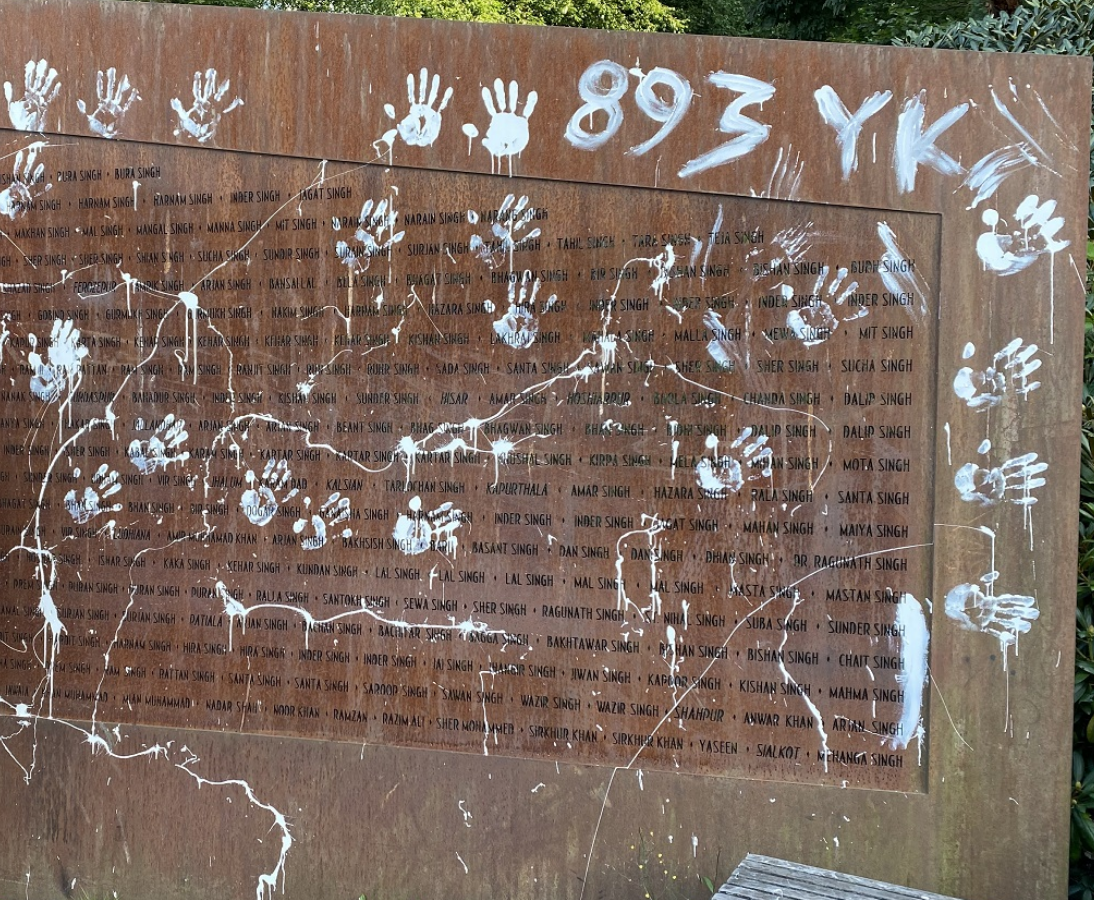 Man arrested for vandalism of the Komagata Maru memorial

Vancouver – Vancouver Police have arrested the man who allegedly defaced a memorial to passengers of the Komagata Maru last summer.

VPD officers located and arrested Yuniar Kurniawan in the Downtown Eastside on Monday night. Kurniawan was charged with one count of mischief in January, and had been wanted on a BC-wide warrant prior to his arrest.

The charge stems from a VPD investigation that was launched on August 22, 2021, when the Komagata Maru memorial, located in Coal Harbour, was defaced with white paint, hand prints, and graffiti. The memorial honours passengers who were aboard the Komagata Maru when the ship was denied entry to Vancouver after sailing here from India in 1914.