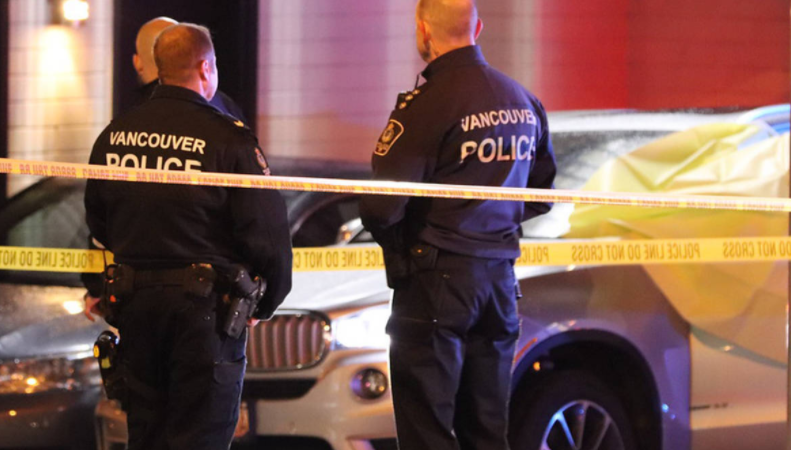 A man, brandishing a weapon, has died this morning after he was shot by police on the Downtown Eastside.

Vancouver Police were called by BC Ambulance Service for police assistance to a residential building near Princess Avenue and Hastings Street just before 5 a.m. Paramedics requested help with a 37-year-old man who was acting erratic and aggressive.

The man had allegedly smashed the window to his room and was throwing large wooden objects out of the window onto the street. He had multiple injuries to his body as a result.

“Before police arrived, the man had left his residence and went to the street with a weapon in his hand,” says Constable Tania Visintin, VPD.  “Reports came in that this man was chasing people with the weapon and using it in an aggressive and threatening manner. The man was subsequently shot by police.”

The Independent Investigations Office (IIO) has been notified as legislated by the BC Police Act and will be investigating.

The intersection of Princess Avenue and Hastings Street will be closed for most of the day.