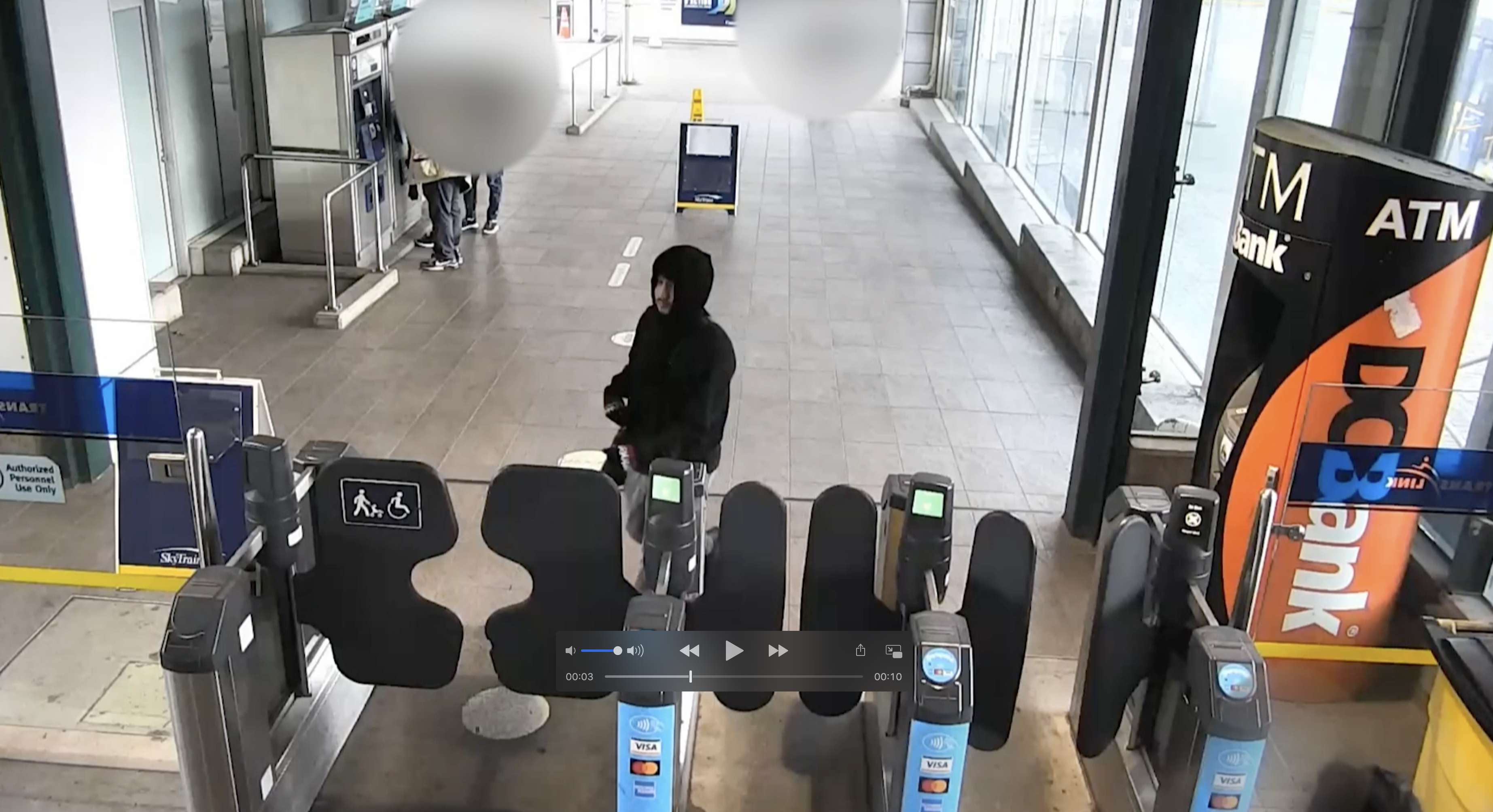 Man stabbed over seat in Skytrain, suspect caught on video

Metro Vancouver Transit Police are asking for the public’s help in identifying a suspect that allegedly stabbed a 67-year-old man on board a SkyTrain following a dispute over a seat.

On December 4, 2021, shortly after 1:00 p.m., a man boarded an eastbound SkyTrain at Scott Road Station. As he attempted to sit down, he accidentally bumped into another man who was about to sit in the same seat. The victim ignored the accidental bump and moved to a different part of the train. Moments later, the suspect allegedly approached the victim, got close to his face and demanded an apology. The victim pushed the suspectaway into a nearby seat and attempted to hold him down until help could arrive, when he felt a sharp pain in his side. The victim looked down and allegedly saw that the suspect had a knife in his hand. As the SkyTrain arrived at Gateway Station, the suspect ran off of the train and out of the station. The victim remained on the train and was met by SkyTrain staff and Transit Police at Surrey Central Station. The victim was taken to the hospital with multiple stab wounds.

Transit Police and Surrey RCMP conducted extensive patrols around the area but were unable to locate the suspect. The victim remains in hospital with serious but non-life-threatening injuries. The suspect is described as a male, 5’7” tall, weighing approximately 130 pounds, with possibly a moustache or goatee. He was wearing a black jacket with a dark hoodie pulled up over his head, grey pants and carrying a leather satchel. “The details surrounding this attack are deeply concerning. The level of violence that this man used over something as mundane as being accidentally bumped into is shocking. Transit Police is committed to identifying the suspect as soon a possible before he has the opportunity to hurt someone else.” – Constable Mike Yake

“We are asking the public to take a good look at the photographs of the suspect. We feel confident that anyone who can help us identify him will do the right thing and contact us immediately.” – Constable Mike Yake. Anyone with any information regarding the identity of this suspect or who may have witnessed this incident is asked to contact Metro Vancouver Transit Police at 604-516-7419 or text at 87-77-77.