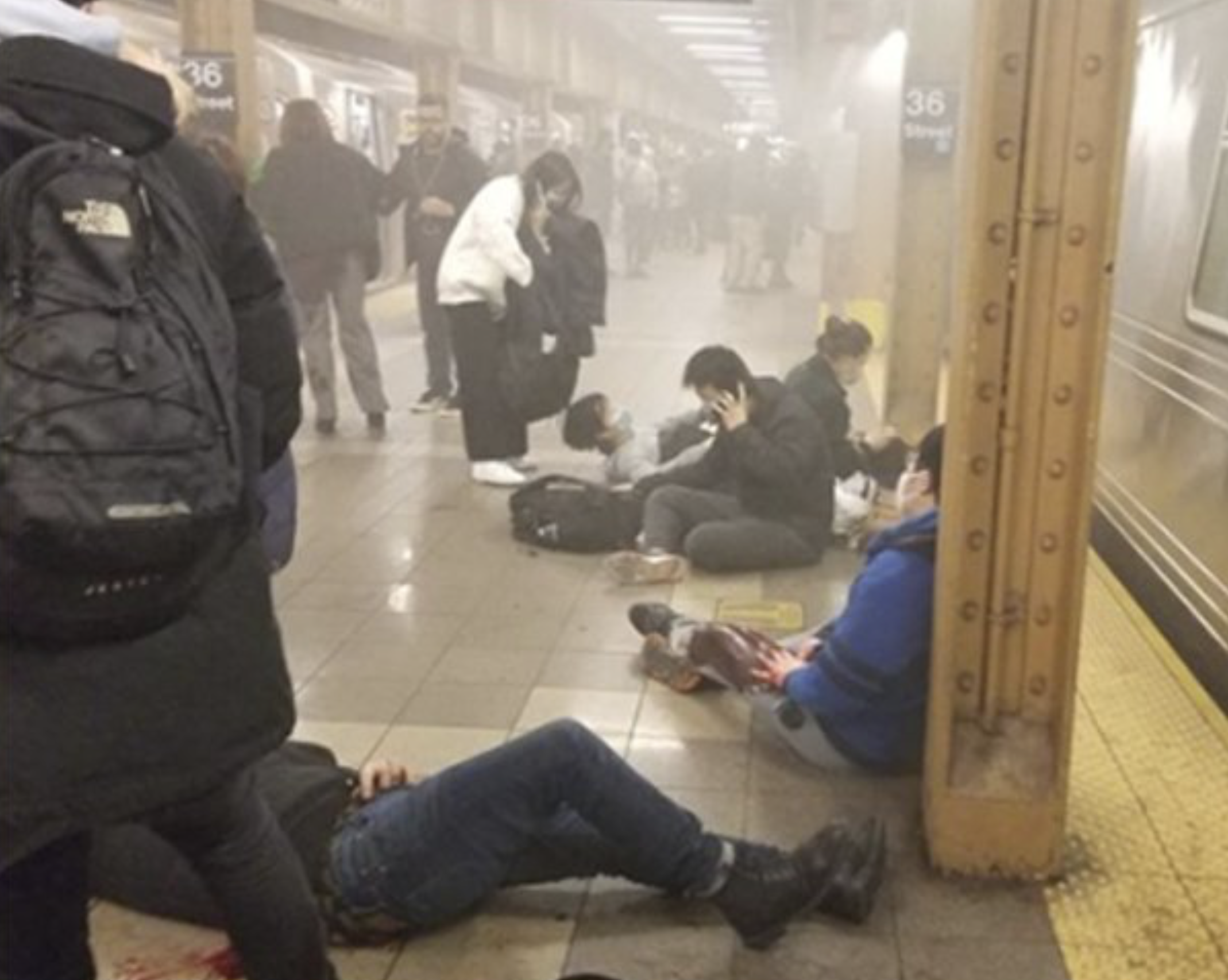 New York City police are looking for a man who shot and wounded at least 10 people at the 36th Street subway station in Brooklyn’s Sunset Park neighbourhood.

The shooting happened on Tuesday around 8:30 am ET at the 36th Street station in Sunset Park, Brooklyn. At least 16 people were hurt, with 10 suffering gunshot wounds and five people in critical but stable condition.

The mayor of New York City, Eric Adams confirmed that the suspect is still at large, saying “we will find him.”

Several smoke devices were found at the scene and the suspect ran off wearing a construction vest and a gas mask.

Pictures and videos of the aftermath of the shooting have been widely shared on social media.