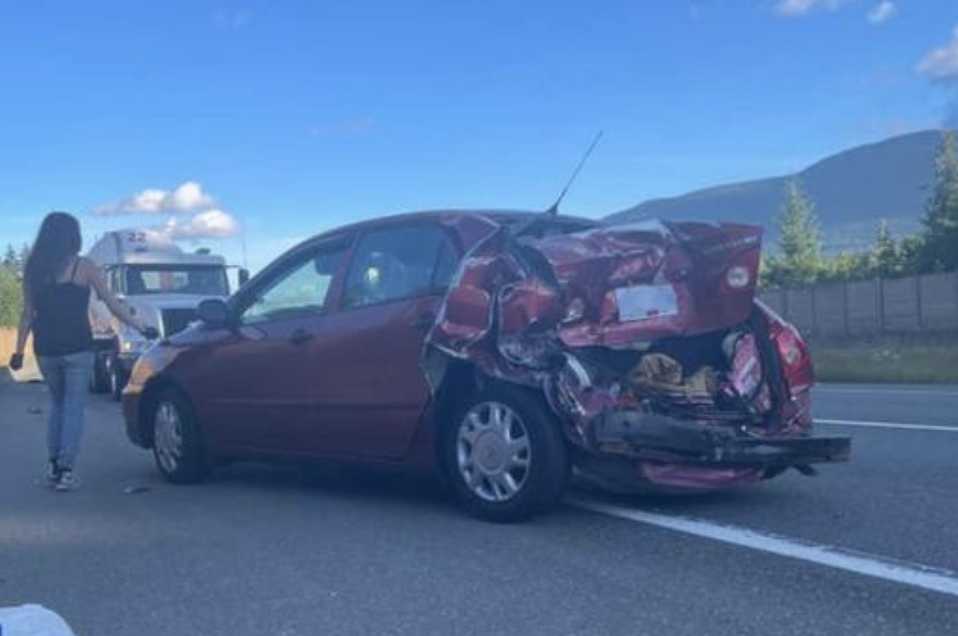 A 34-year-old Nanaimo man was arrested for impaired driving following a hit and run motor vehicle incident. The incident occurred at approximately 7:15 pm on Monday June 7, 2021 on the Nanaimo Parkway, just north of the Mostar intersection.

Police, Fire and EHS responded. At the scene was a red Toyota Corolla with significant rear end damage. The driver of the Corolla, an 18-year-old woman, was transported to the Nanaimo hospital with serious but non-life threatening injuries. Her 19-year-old male passenger was not injured.

Investigation lead police to a home in Lantzville where the suspect driver and his vehicle were located. The driver was subsequently arrested for impaired driving after failing two breathe tests. He was issued with a 90-day driving prohibition under the MVA, and handed several violation tickets under the MVA for Failing to Remain at the scene of an accident and Drive Without Consideration. His vehicle was then seized for a 30-day impoundment. The suspect driver was not injured while his vehicle appeared to have sustained some minor front end damage.