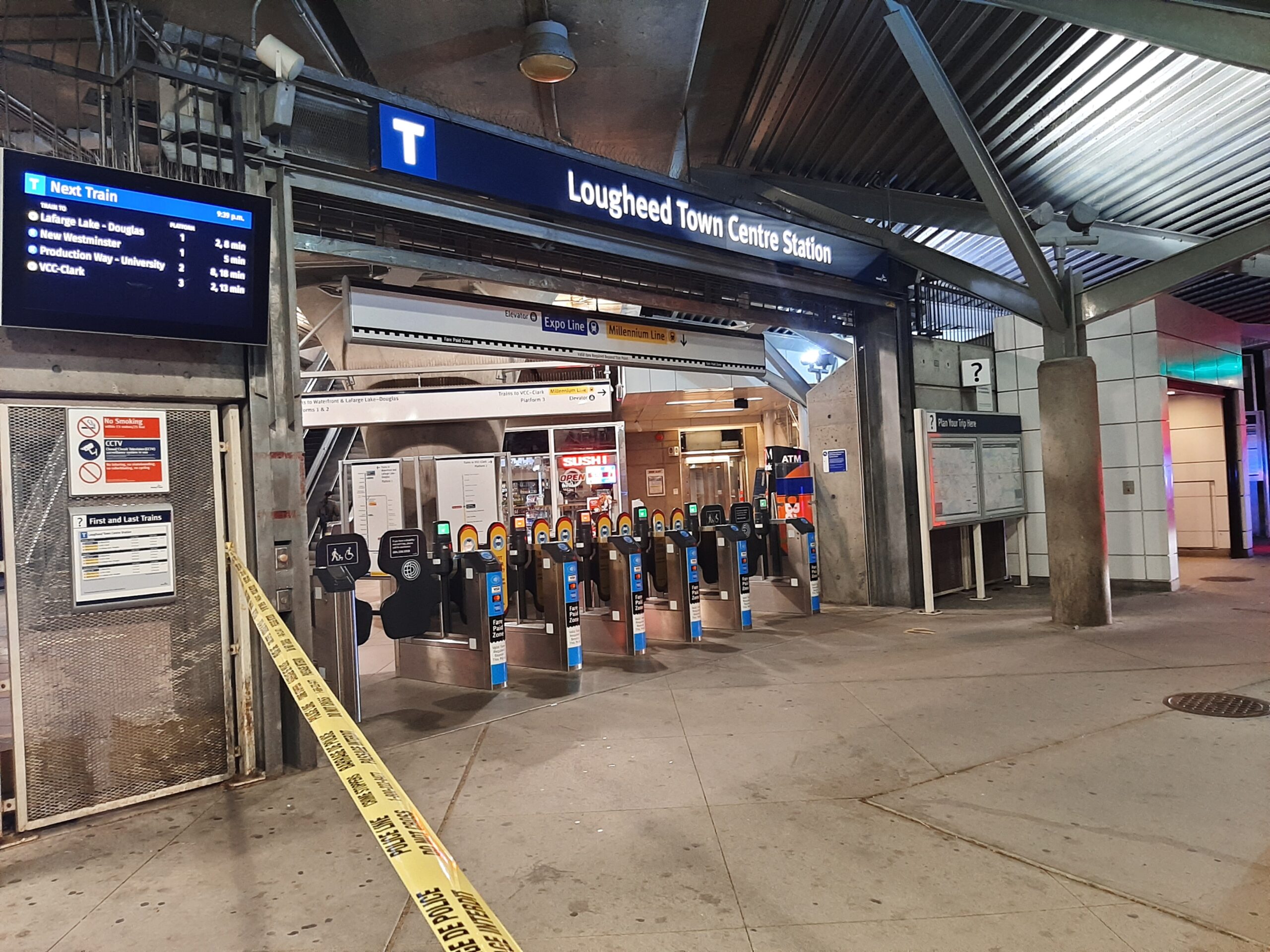 One Man in Hospital After Stabbing at Burnaby SkyTrain Station

New Westminster – A man who confronted a group that was smashing bottles at Lougheed Town Centre SkyTrain Station was stabbed after trying to halt the dangerous activity.

At approximately 8:40 pm on Thursday, September 16th, a man walking along Lougheed Highway noticed a group of three men, standing outside Lougheed Town Centre SkyTrain Station, throwing glass bottles onto the sidewalk below where the man was walking. The man approached the group in an effort to have them stop. One of the men in the group shoved the man to the ground. As he rose to his feet he was allegedly attacked by the whole group who began throwing punches. The victim attempted to defend himself, but at some point noticed that he had been stabbed and was bleeding profusely. 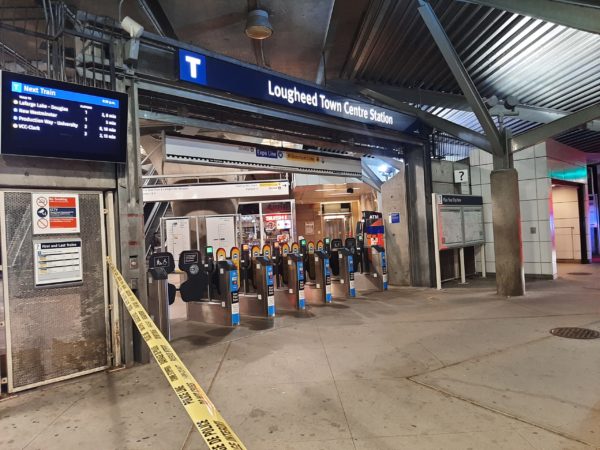 Metro Vancouver Transit Police officers and Burnaby RCMP arrived moments later and conducted patrols of the area, but were unable to locate the individuals. The victim remains in hospital with serious, but non-life threatening, injuries.

Transit Police never recommend that anyone put themselves in harm’s way. However, the man in this incident did what he believed was right by trying to stop this group and their dangerous behavior. Anyone with any information regarding these three suspects or who may have witnessed this incident, but not yet spoken to police, is asked to contact Transit Police at 604-515-8300 or text at 87-77-77