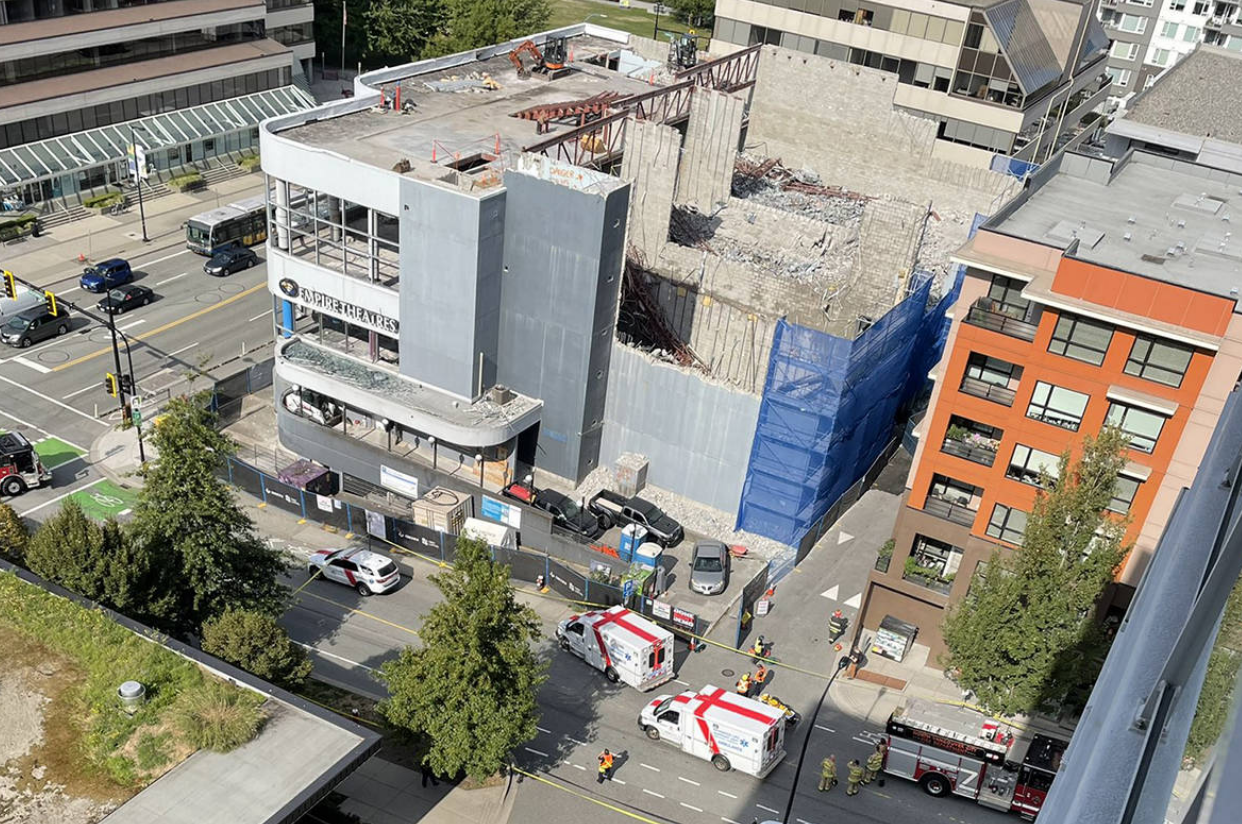 One person dead, another hurt after building partially collapse in North Vancouver

At approximately 9:45 on August 25, 2021, North Vancouver RCMP responded to a report of an industrial accident at a construction site on Chesterfield Avenue between West 1st Street and Esplanade Avenue. North Vancouver City Fire Department and BC Ambulance Service also attended the scene which appeared to be a structural collapse. One person was rescued from the debris and taken to local hospital with unknown injuries where they currently remain. While their condition is unknown, their injuries are not believed to be life threatening.

Sadly, a second person was located within the collapse. Personnel at the scene determined that as a result of catastrophic injuries, the person died. Due to the degree of risk of further collapse, personnel were unable to recover the body of the decedent. Once the scene has been rendered safe, BC Coroners Service is the agency that will make any official confirmation of death.

North Vancouver RCMP’s serious crime investigators have assumed conduct of the investigation, as is the protocol in any workplace fatality. As this is an ongoing investigation, no further details will be provided.