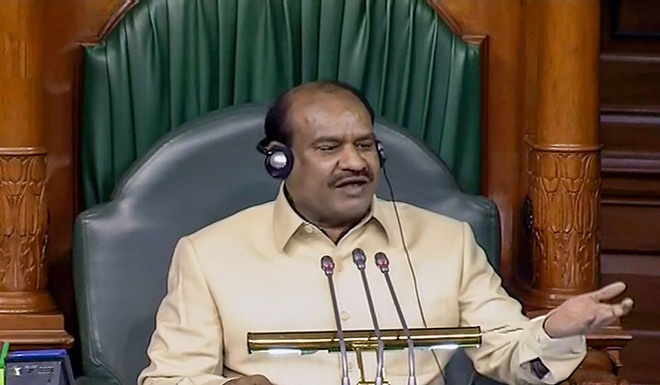 The Opposition and the ruling BJP clashed over setting up of the PM Cares Fund in the Lok Sabha on Friday.

Congress Leader of the House in Lok Sabha Adhir Ranjan Chaudhary asked how many Chinese companies had donated in the fund that was set up in March this year.

Minister of State for Finance Anurag Thakur while replying to Chaudhary said the PM Relief Fund was created by Jawahar Lal Nehru and functioned without any sanction. He alleged, “The fund was created for self-benefits.”

Chaudhary retorted saying have we said that Modi was stealing from funds, how did he (Thakur) use such words for Nehru. “He is lowering the respect of the Chair of Speaker,” he told Speaker Om Birla.

Gaurav Gogoi of Congress demanded that Thakur should apologise for his comments.

Kalyan Banerjee of Trinamool Congress (TMC), meanwhile, accused the Speaker of “protecting” the BJP members. Referring to the Chair, he said, “You tell us to sit down and you don’t say anything to BJP members who shout. You are protecting the BJP and not allowing us to speak.”

The heated exchange of words led the Speaker, who warned the warring members to sit down, adjourn the Lok Sabha for 40 minutes at 3:50 pm.

The issue had flared up when after Finance Minister Nirmala Sithraman tabled the “Taxation and Other Laws (Relaxation and Amendment of Certain Provisions) Bill, 2020”.

Anurag Thakur said the Opposition had been protesting against the PM Cares Fund, created in March this year. The Supreme Court has rejected the contention of this being unconstitutional.

Congress MP Shashi Tharoor questioned the PM Cares Fund and the tax exemptions to it and why it’s being exempted from audit.

Manish Tewari while protesting the tabling of the Bill said it made amendment to eight different Acts. He cited a clause saying it allows the Centre to avoid paying the GST dues to states.

Sitharaman assured the House, “We are not running away from responsibility. We have not said that we will not pay the states. The PM often has said that money has to go on times to states.”