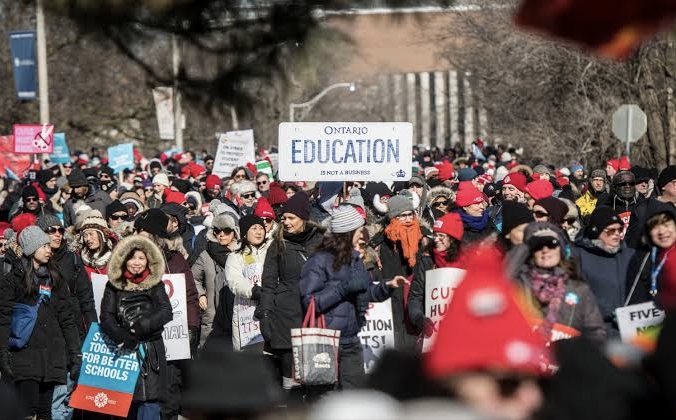 Ontario: As a possible strike by education workers looms with no deal has yet struck between the Canadian Union of Public Employees (COUPE) and the Doug Ford government, parents are preparing for a weekend of uncertainty.

The COUPE and Ontario government will once again spend the weekend negotiating to avert the imminent strike and finalise a deal, the Central Bargaining Committee of the COUPE said.

The COUPE also urged the government to reach out for talks with the intention of concluding the deal for students, families and workers.

The COUPE has once again on Wednesday given a five-day notice to go on strike. It said both sides are able to find a way out when it comes to salaries.

Meanwhile, Education Minister Stephen Lecce said he was talking to a Bargaining Committee member two days ago and the main issue was the increase in allowances. Lecce said that every time a demand of the union is accepted, it comes up with a new demand the next time.

Meanwhile, in view of the possible strike of 55,000 education, most of the school boards in the province have decided to keep the schools closed and opt for remote learning.