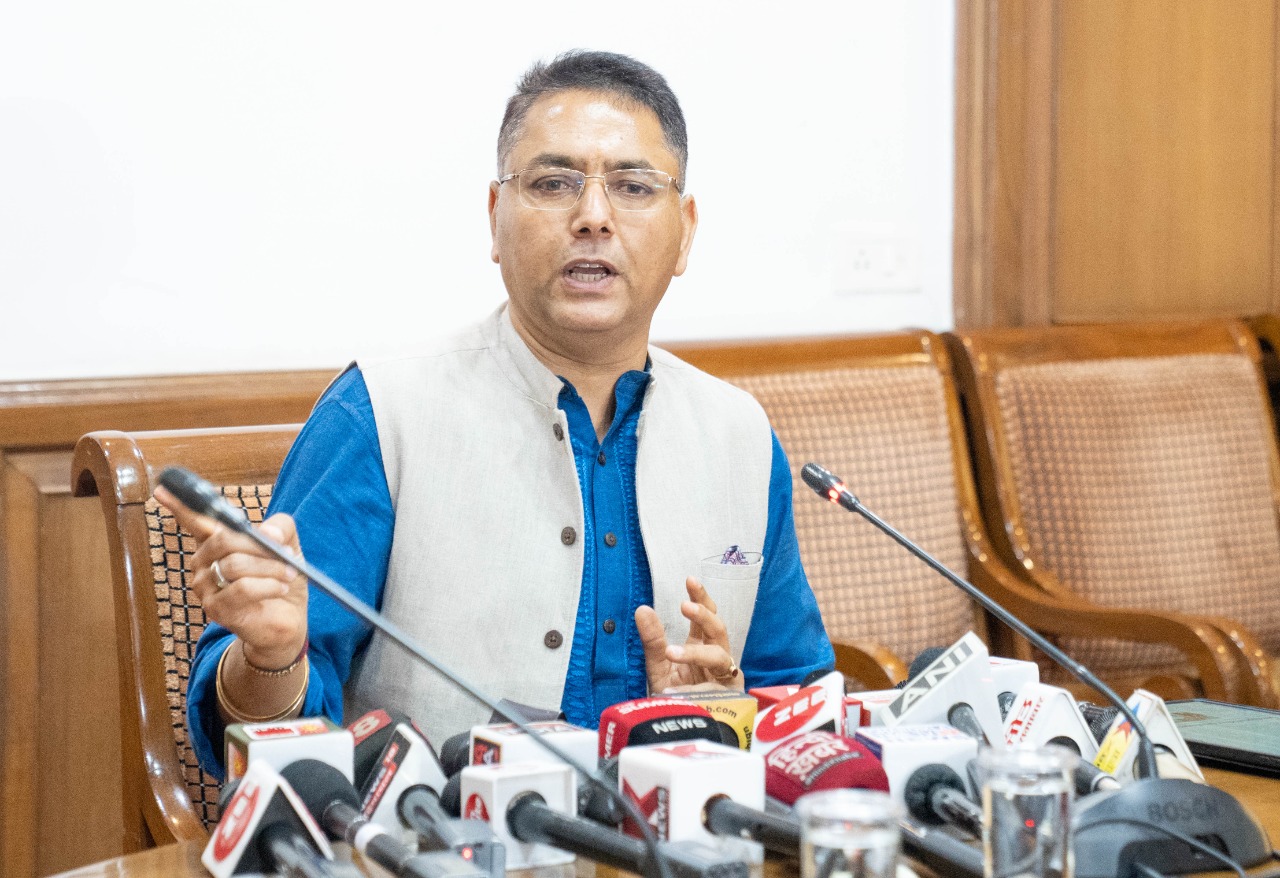 Chandigarh: Punjab New and Renewable Energy Sources Minister Aman Arora on Friday lashed out at opposition for disrupting business in the Vidhan Sabha and accused Leader of Opposition (LOP) Partap Singh Bajwa of working secretly for BJP to implement their dubious agenda in Punjab.

He said that the opposition has betrayed Punjabis by creating mayhem in the Vidhan Sabha. The House was supposed to transact business till 3.30pm but Congress had failed to raise any issue in the session and preferred to disturb it.This shows their lack of interest in the problems of the people. They are guided only by their own self interest and that is to prevent the AAP from working for the people. The session was extended from 1 to four days only on the request of the opposition members, but still they did not utilise the time properly.

Taking a dig at LoP, the minister said, “I feel the Partap Singh Bajwa has now become Partap Singh ‘Bhajpa’ (BJP). He is working at the behest of BJP and they want to implement ‘Operation Lotus’. Opposition led by Bajwa had wasted three days and every day, Rs 70 lakh to Rs 80 lakh was spent on running the House but the Opposition rather than raising pro-people issues, they are disturbing the session on the directions of the BJP.”

Arora said that it is perhaps the first time in the history of Punjab politics that the ruling government was willing to hold a discussion in the House but the Opposition was running away.

Arora also lashed out at Congress for raising Minister Fauja Singh Sarari’s issue and said that CM Bhagwant Man has already issued a statement that an internal inquiry is going on, and when that inquiry is completed, a decision will be taken on this issue. Still the opposition is disturbing the house.