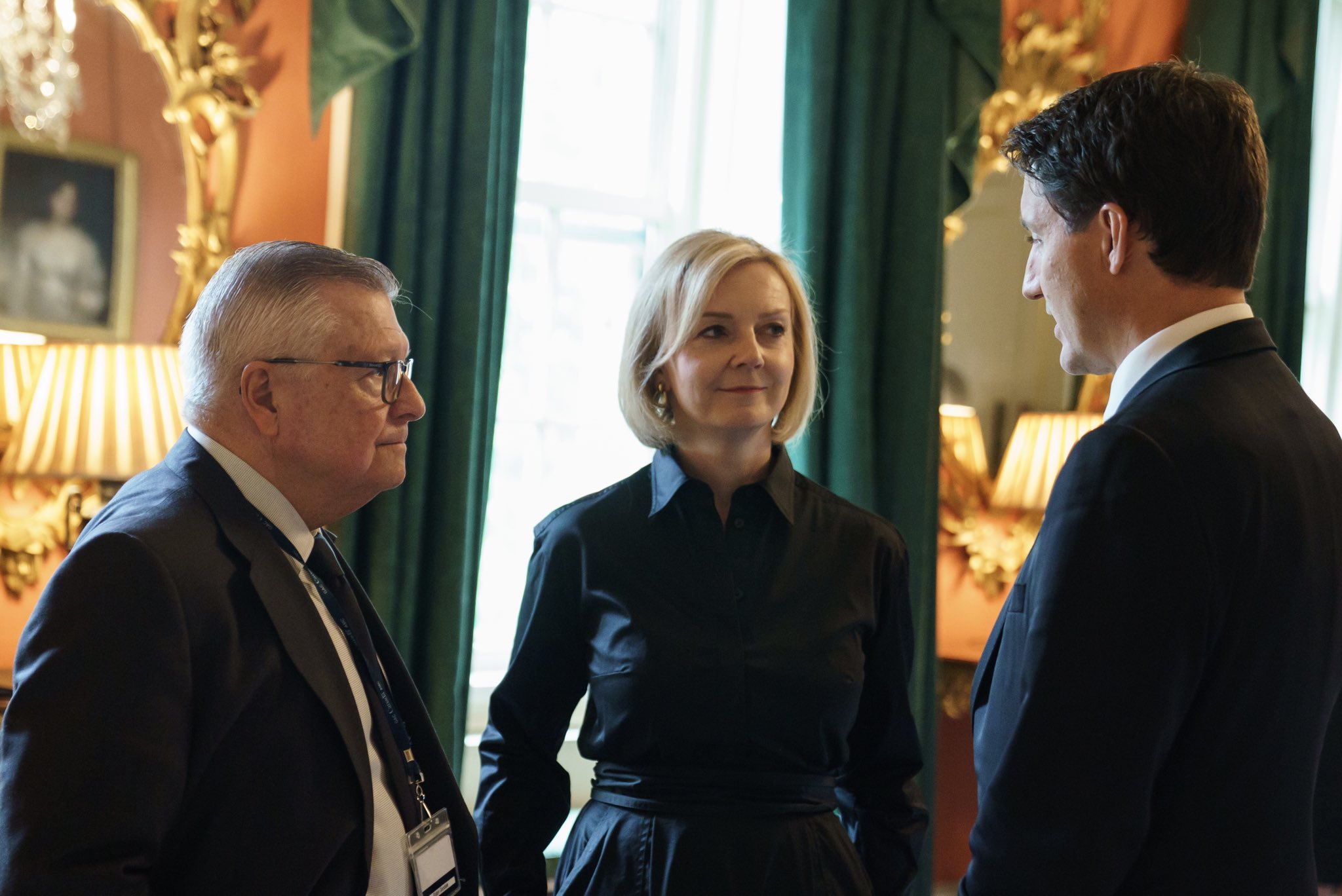 PM Trudeau meets with Truss, Ukraine PM and other world leaders ahead of Queen’s funeral in London

London: Prime Minister Justin Trudeau met his British counterpart and other world leaders in London on Sunday ahead of Queen Elizabeth’s funeral.

During the meeting, Trudeau discussed the economy and the ongoing war in Ukraine with the world leaders.

On Sunday afternoon, Trudeau also held a 40-minute conversation with Liz Truss at 10 Downing Street. Leaders from around the world are currently in London to pay last respect to the Britain’s longest-serving monarch during her funeral on Monday.

“At 10 Downing this afternoon, as we reflected on the legacy Her Majesty Queen Elizabeth II leaves behind, I offered my condolences to Prime Minister @TrussLiz. Canadians continue to mourn this loss with the people of the United Kingdom,” PM Trudeau said in a tweet.

After the meeting, he said that Canada is committed to supporting the restoration of Ukraine’s sovereignty, territorial integrity, and independence – and to holding the Russian regime accountable for its illegal invasion. I spoke about that support with Ukraine’s Prime Minister, Denys Shmyhal, this evening.

During a press conference, Trudeau said that he shared his condolences with Truss over the death of Queen Elizabeth II and latter he held talks on the issue of the ongoing war in Ukraine.

He said negotiations on the Canada-UK trade deal were also going on in the right direction.

“The UK and Canada are among the two strongest countries that have stood firm against Ukraine’s aid and Russia’s illegal actions, and we are also raising our voice against the ongoing war crimes there,” he said.