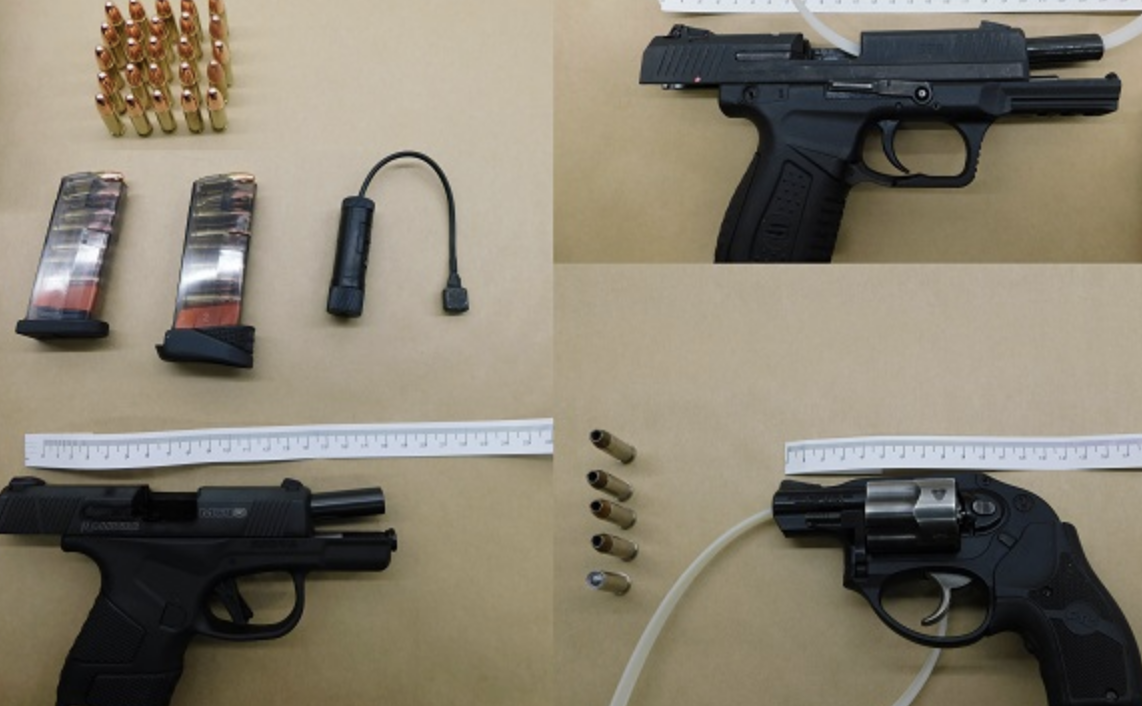 A US man was arrested by BC RCMP Federal Policing Border Integrity officers after he apparently crossed the border into Canada illegally.

On March 31, 2022, US citizen, John Wright, is alleged to have illegally entered Canada through the Surrey Peace Arch State Park border and joined a Canadian woman in a waiting cab. BC RCMP Federal Policing Border Integrity officers quickly responded and arrested Wright under the Customs Act. Upon further investigation, three loaded handguns and a stun gun were seized.

Wright was charged with Possession of a restricted firearm with ammunition contrary to the Criminal Code, as well as Smuggling, and Fail to comply contrary to the Immigration and Refugee Protection Act.

Wright was remanded until a hearing could be held to determine his bail requirements. No further charges have yet been laid. The BC RCMP Federal Serious and Organized Crime Border Integrity unit continues its investigation.

The excellent work of identifying and preventing an alleged armed individual from entering Canada is a demonstration of the BC RCMP Border Enforcement Team’s dedication to protecting Canadians from transnational criminal threats, said Superintendent Bert Ferreira, Officer in Charge of Federal Serious & Organized Crime – Border Integrity Program in BC.

Committed to its mandate of securing Canada’s vast borders and protecting Canadians from serious and organized crime, the BC RCMP Federal Policing Border Enforcement Team continues to use the latest and most advanced technology to monitor the borders in its ongoing efforts to prevent, detect, and disrupt the greatest threats to the safety and security of Canadians.