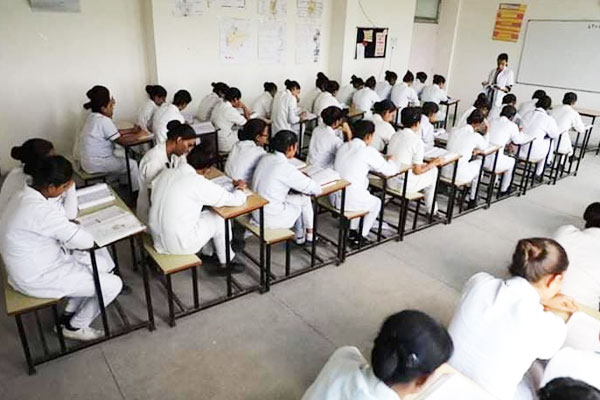 To strengthen the medical education and infrastructural facilities at Government and Private medical colleges, the Punjab Cabinet led by Chief Minister Captain Amarinder Singh on Wednesday gave the nod for revision of fee structure in various nursing courses with effect from academic session 2020-21.

However, the increase in the fee will be applicable prospectively only to new students joining in the new session from 2020-21 onwards. All the existing enrolled students will continue to pay at old rates for the full course.

A spokesperson of the Chief Minister’s Office said that the revision has been proposed with regard to ANM Nursing course in Government/Private nursing colleges, BSc nursing (Basic) and BSc nursing (Post Basic) in private colleges of the State.

This is in accordance with the recommendations of a committee constituted under Principal Secretary, Medical Education and Research Department on January 29, 2020 by the Medical Education and Research Department, in compliance of the orders passed on August 2, 2017 by the Punjab and Haryana High Court in the matter of Civil Writ Petition no. 24359 of 2016-Nursing Training Institutes Association, Punjab.

The spokesperson further said that the committee, after detailed deliberations on March 23, 2020 and keeping in view the fee structure in other states as well as increase in overall expenses, unanimously recommended that the fee for Government institutions be fixed lower than private institutions. The GNM course fee should not be revised as the course is expected to be stopped by the Indian Nursing Council form 2021, it further recommended.

The Committee had proposed no increase in the M.Sc. (Nursing) course fee in Government institutions, which is Rs. 1,00,000 per year, and in private institutions where it stands at Rs. 1,75,000 per year.

As per the committee’s recommendations, the cabinet has also approved a 5 percent annual increase in the fee for both Government and private institutions for 5 years for subsequent batches, with review after 5 years.

Meanwhile, the Cabinet okayed amendment to Punjab Health & Family Welfare Technical (Group “B’) Service Rules, 2018 to reduce the minimum experience from five years to three years for the promotion to the post of Matron.