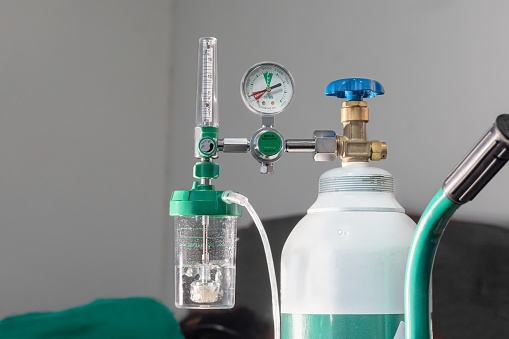 Punjab CM orders augmentation of medical oxygen supplies from within, outside state

As Covid cases in the state continue to surge, with peak projections suggesting further increase in the coming weeks, Punjab Chief Minister Captain Amarinder Singh on Tuesday ordered ramping up of facilities in the 13 districts with the maximum CFR and augmentation of medical oxygen supplies from within and outside the state to ensure that there is no shortfall of the same.

Though the Case Fatality Rate (CFR), currently at 2.89%, has been progressively coming down, it is still higher than the national average, with 13 districts reporting the highest figures. Nine of these districts account for the maximum CFR, requiring urgent upgradation of their Level 3 facilities in both government and private sectors, said the Chief Minister. These are Kapurthala, Fatehgarh Sahib, Sangrur, Tarn Taran, Hoshiarpur, Ropar, Moga, SBS Nagar and Ferozepur. Most of the deaths are occurring in hospitals, with nearly half being reported from private tertiary care hospitals.

Expressing concern over the state’s high CFR, Dr KK Talwar also underlined the need to ensure optimal utilisation of resources across the state, with adequate manpower and facilities as required in various districts.

Captain Amarinder, meanwhile, said he will also raise the issue of augmentation of Oxygen supplies from other states with the Prime Minister in tomorrow’s virtual conference. He said he will urge the Prime Minister to issue the necessary directions to these states (Haryana, Himachal Pradesh and Uttarakhand), which are currently Punjab’s main source of medical oxygen.

We need to ensure that there are enough supplies in Punjab to save lives, the Chief Minister said amid reports of 14% death rate in the three GMCs at Patiala, Amritsar and Faridkot, which are engaged in providing tertiary care of Covid patients. He asked the Departments to work towards bringing the death rate in these GMCs to below 10% at the earliest.

The ICU occupancy in these GMCs is currently at 212 out of the total availability of 283, the Chief Minister was informed during a review meeting of the Covid situation in the state with top officials and health/medical experts. He was furher apprised by Medical Education Secretary DK Tiwari that while there was no shortage of Oxygen in the state at present, if occupancy goes up to 100%, more supplies would be needed. Nodal officers deputed to monitor the supplies from the three units in Himachal, Haryana and Uttarakhand were keeping the supplies streamlined, he was further told.

Cabinet Minister Balbir Sidhu and OP Soni stressed that oxygen should be diverted from industry if required, while Chief Secretary Vini Mahajan informed the meeting that so far 10 medical oxygen generation licenses have been issued to industrial oxygen units in Punjab, in addition to 14 medical oxygen repackaging licenses. She disclosed that efforts were on to also procure oxygen from Rourkela.

Health Secretary Hussan Lal, in a brief presentation, pointed out that at 6.15%, Punjab’s cumulative positivity rate, as of September 20, was below the national average of 8.48%.