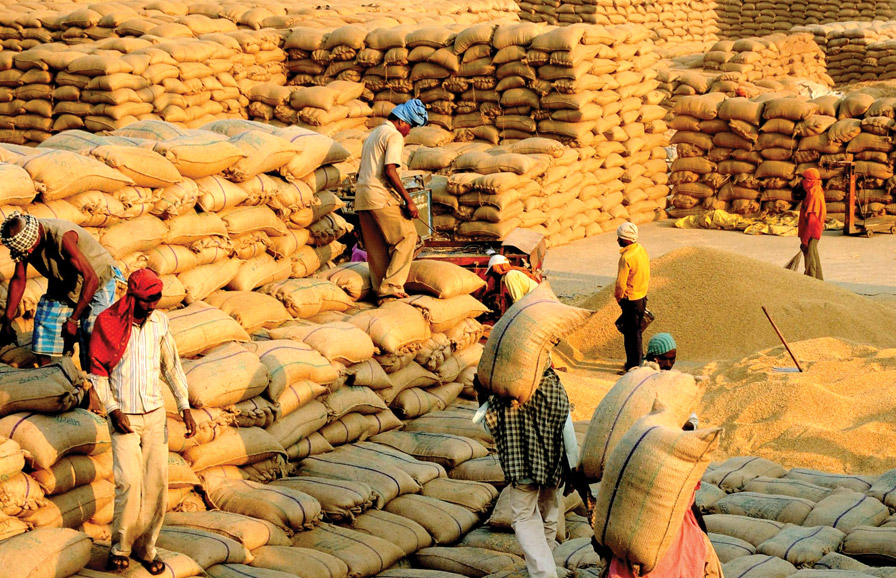 Ensuring seamless procurement in State Mandis, Punjab has successfully crossed 160 LMT mark in terms of paddy arrival till date, which is up by 26 percent over arrivals in corresponding period of the last procurement season.

Disclosing this here today, Chairman Punjab Mandi Board Lal Singh said that during the current Kharif season, 160.65 LMT of paddy has arrived in the state mandis so far, of which 158.52 LMT stands procured across the state, as against about 127.46 LMT arrived during the corresponding period last year.

Referring the arrangements done by Punjab Mandi Board to ensure staggered movement of paddy in mandis amid COVID, Lal Singh said that as many as 28.69 lakh passes have also been issued by the Mandi Board so far to the farmers through arthiyas. He also informed that the Mandi Board had established 4260 purchase centres, which are more than double as compared to 1839 of the last year.

The Chairman further said that the Sangrur District is leading in terms of paddy arrival where 14.88 LMT of paddy had arrived in the mandis, followed by Patiala and Ludhiana with 14.40 LMT and 13.39 LMT respectively.

Expressing gratitude to the farmers for their support and cooperation to ensure smooth procurement during the ongoing operations, the Chairman complimented the efforts of all stakeholders especially the farmers to avoid congestion in the purchase centres thereby strictly adhering to the health protocol.